10 years ago I went to the Azores as a birthday present, since that date I've been saying I will go back, this year I decided it was that time and booked a week on the island of Pico with Espaco Talassa, the best whale watching company in the Azores.

It was the most amazing week and I hope to share many more photographs with you, I've been sharing them on my social media, Facebook , Instagram and Twitter so make sure you check them out.

These are Risso's Dolphins, they are born dark grey and as they are age they appear to turn white thanks to extensive scarring caused by other Risso's Dolphins, bites from the giant squid they dive hundreds of meters to catch and eat and from parasites. They have a rounded head as opposed to the more usual beak type shape that other species of dolphins have, this is to allow them to have more fluid in their head to locate their prey in the dark depths they dive to go catch and eat the giant squid. 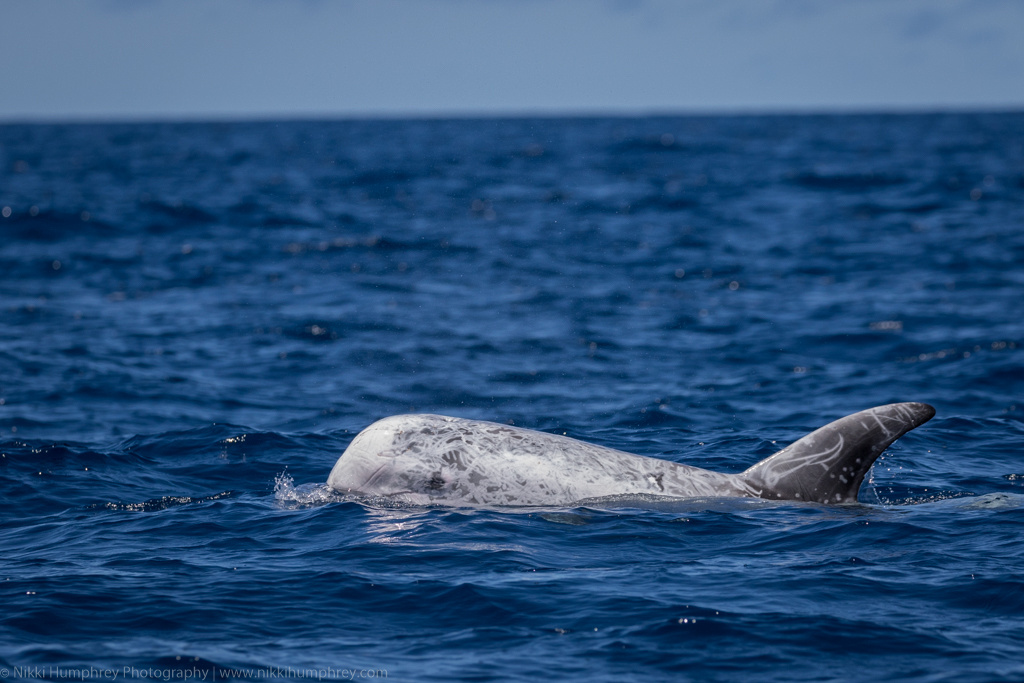 They are among some of the most aggresive dolphins, not towards people or boats (they really tend to ignore boats unlike the more inquisitive bottlenose, spotted or common dolphins) but towards other marine mammals that might be after their food source, they have been known to chase away larger mammals such as the Sperm Whales. I myself witnessed them harrassing a pod of Short Finned Pilot Whales who they did chase away from their 'territory'. 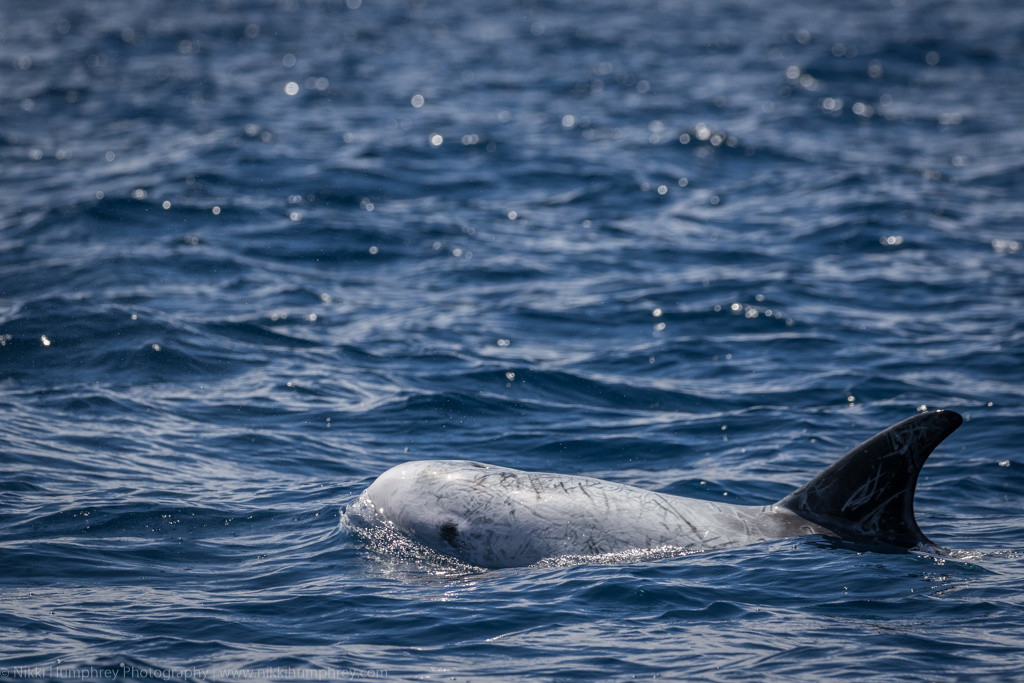 They are both hard and easy to photograph, hard in that they don't come too close to the boat and can be a bit illusive, also that white has a tendency to burn out in photos, but they are easy to follow underwater because of that white so you can follow an individual with the eye and 'try' to predict where it will surface to breathe, allowing you to get a shot of the eye - the money shot as it were.

They do jump and breach but fairly unexpectedly and I missed a few opportunities of this, cetaceans are harder to photograph than you think. 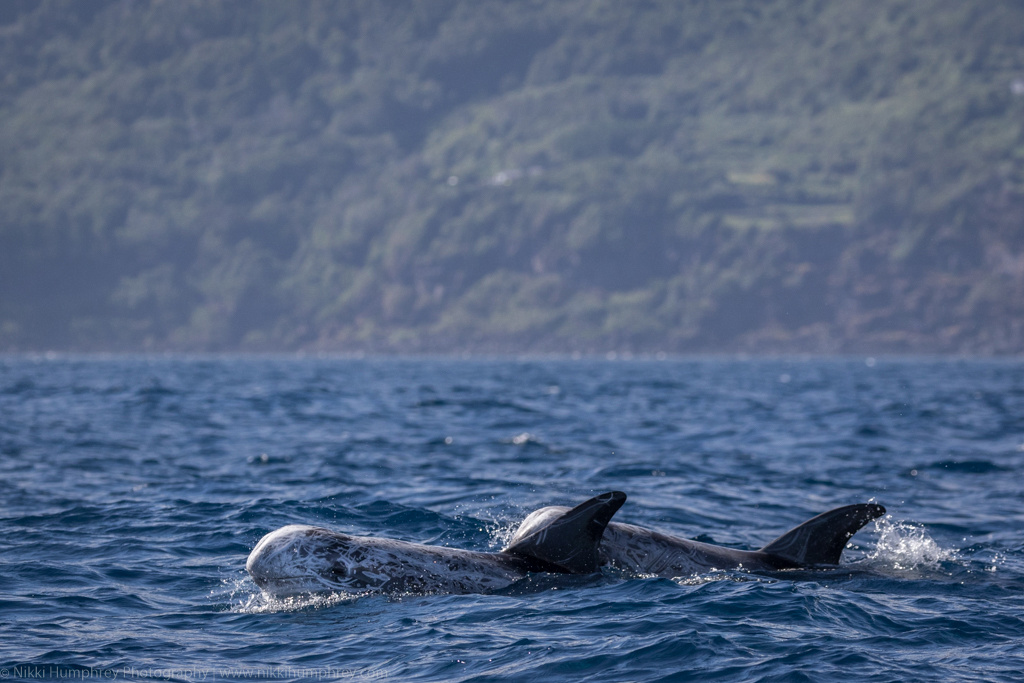 Such fantastic marine mammals to watch and try to photograph.

10 years ago I took this photograph, a pure lucky shot, holding the camera over the side of the boat, hoping I was pointing it in the right direction and hoping something showed up. It has been my most successful shot to date, being used in Paris' Natural History Museum among others.

This was taken on a point and shoot type camera 10 years ago and still counts amongst my favourite images.

Hope you enjoyed this installment of my adventures, I really hope to share more with you here soon.