Starting off with something that looks plain to start with but when you look closely, they have a beautiful sheen to their feathers, the Hadeda Ibis.

Found throughout Africa, in cities as well as the wild places, it is often the first bird I hear when I arrive into Africa and it sort of lets me know, I'm there! They call as they fly and it does sound as though they are very scared as they fly. Annoying to many, I guess I don't have to live with it, to me it makes me smile. 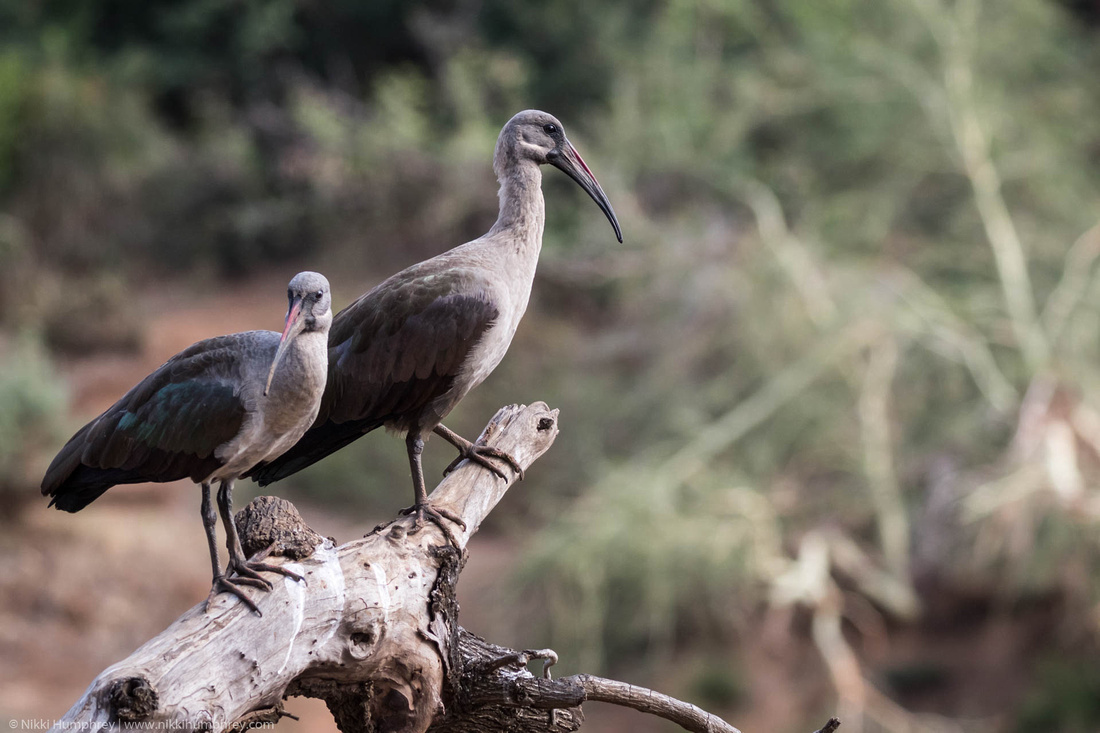 This one is a Broad Billed Roller, found only as summer visitor to the north-eastern most areas of South Africa and therefore Kruger. I found this one at the top of a tree in the Pafuri Region, a real birding area, I knew it looked like a roller but was very excited when through the binoculars I saw it, absolutely thrilled to find a 'new' bird for me. 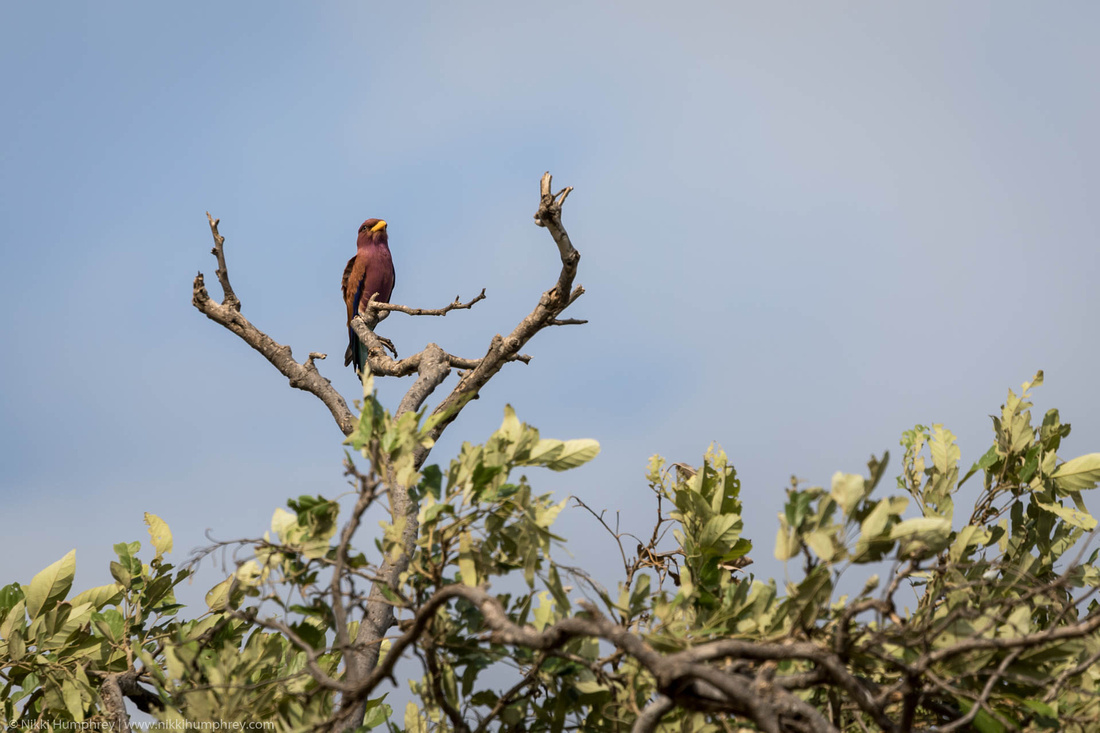 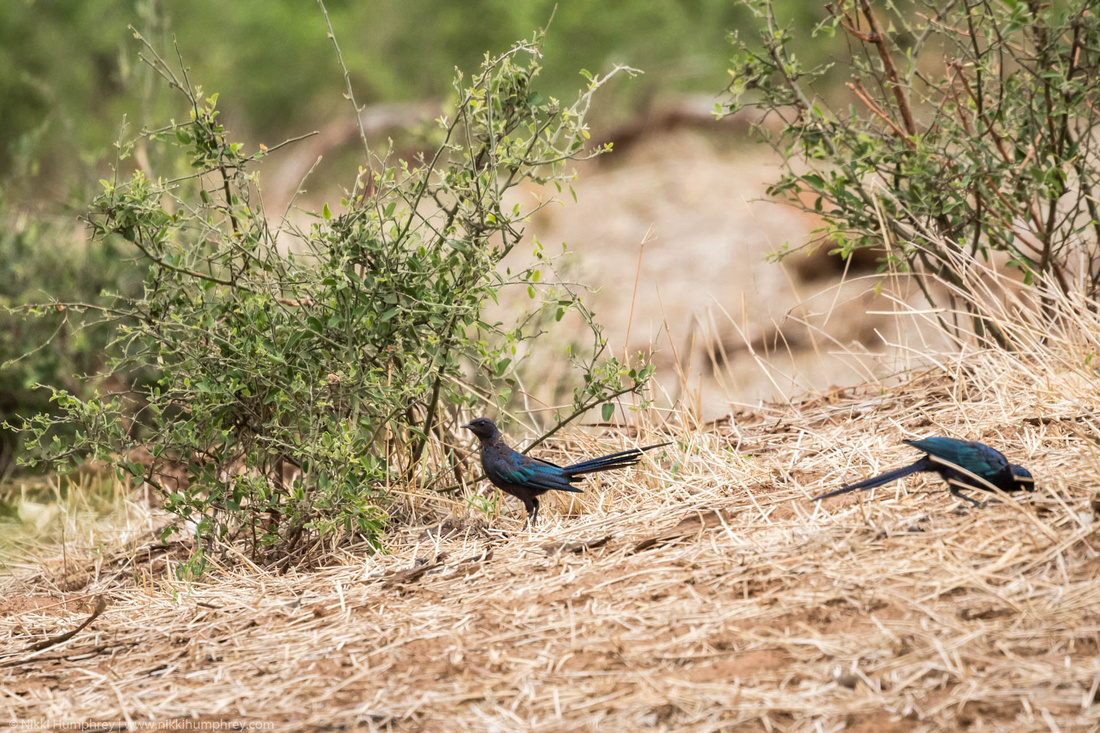 These are Meve's Starlings, a type of starling only found in the Pafuri region of Kruger and therefore the North-Eastern most area of South Africa. It has a much longer tail than the other starling types found in Kruger, and is slightly smaller than the Burchell's Starling which is the one it looks closest to.

The White-Fonted Bee-Eater which I've shown you before but just look how beautiful the bird is. 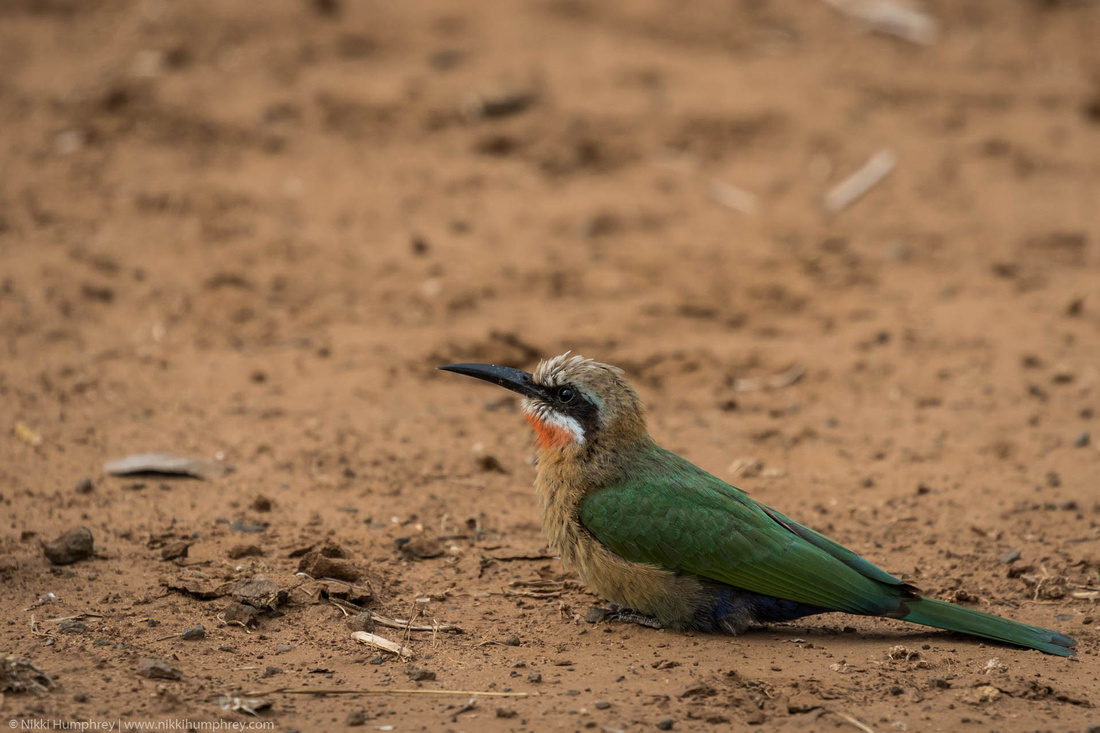 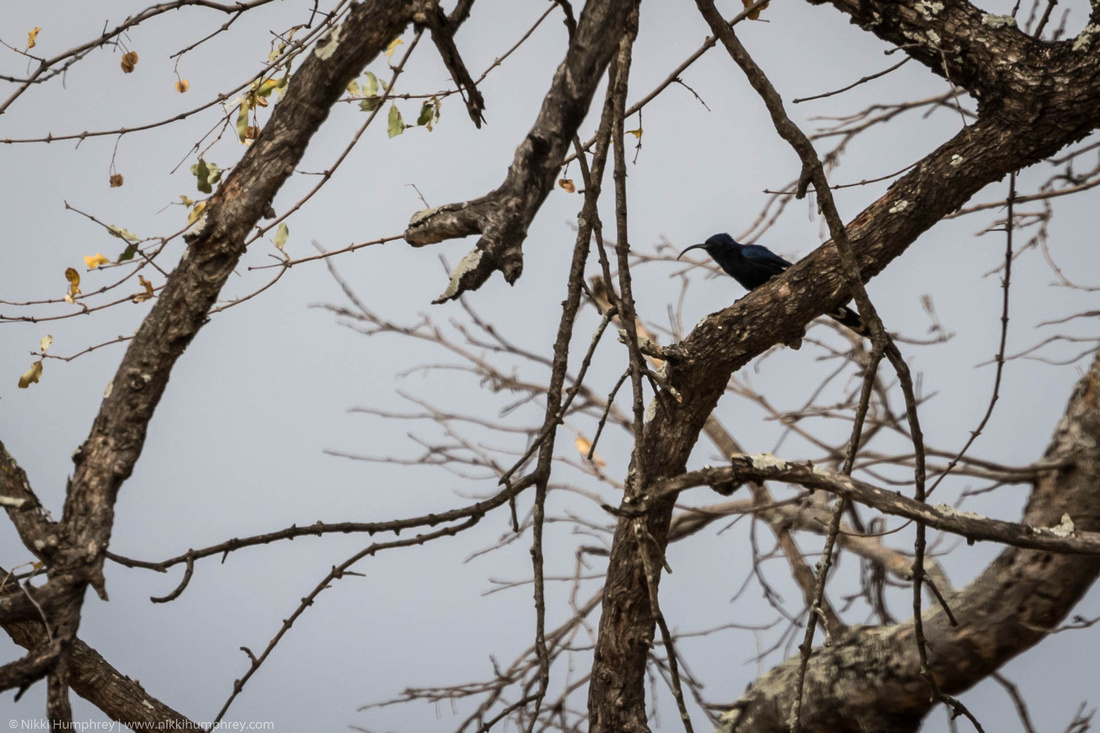 Not the best photo I've shared with you but this is a Common Scimitarbill, looks a lot like a Green Wood-Hoopoe at a distance but is always found alone whereas the Wood-Hoopoes are always in a small flock. They have red bills and legs whereas the Scimitarbill does not, it's beak is also slightly more curved. It's call is easy to distinguish by it's 4,5,3 note call.

Next up we have the Pearl Spotted Owlet, a really lovely little owl that can often be seen during the day, I've seen a few of them in my visits to Kruger. It literally has eyes in the back of it's head, it has 'false eye' patterns in it's feathers on the back of it's head which give a potential predator the idea that the bird has already 'seen' it so moves on to easier prey. 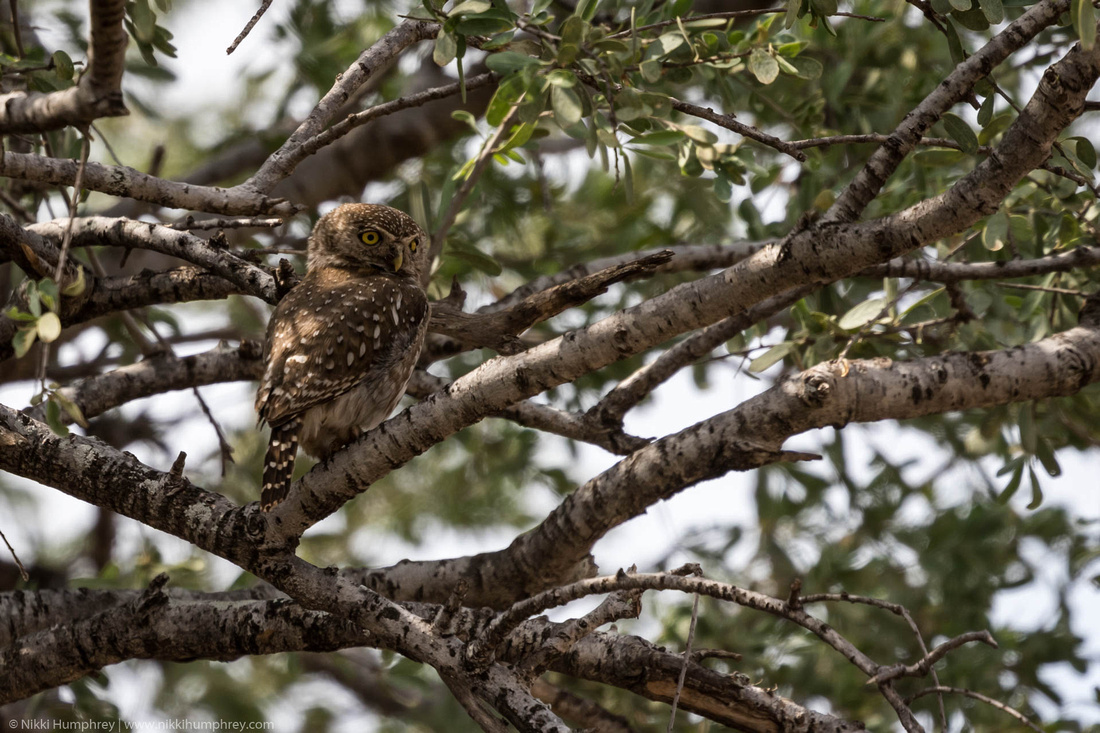 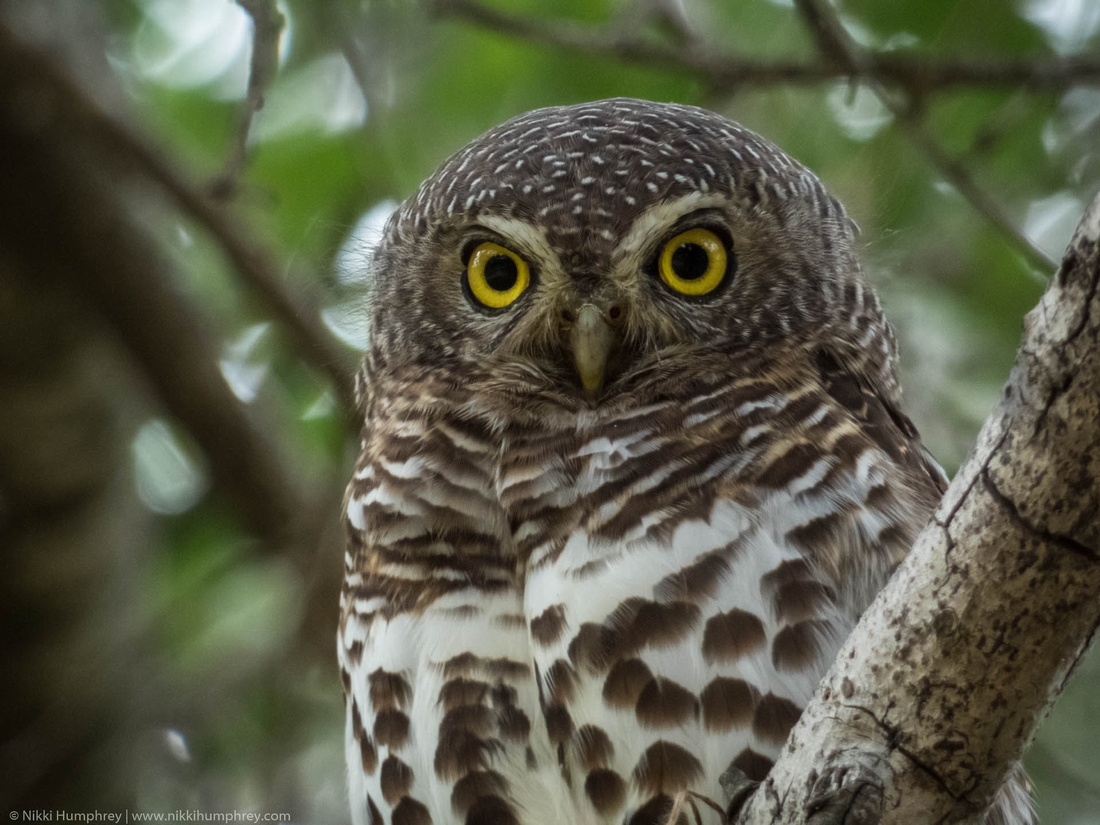 This is the Barred Owlet, slightly larger than the Spotted Owlet, it has a barred chest rather than the streaked of the Spotted. Another small owlet it too can be found calling and perching in trees during the day too. We had one in camp who would call throughout the morning, this is it, it would sit on a branch and stare down at us.

Next up is the crazy haired Crested Guineafowl, it has a beautiful pattern on it's feathers to go with the funky hair and the red eye. It's one of two guineafowl found in Southern Africa, but whereas the Helmeted Guineafowl is widespread, these live in very small pockets in Southern Africa. One of these pockets is the Northern part of Kruger, this was taken in Punda Maria Rest Camp, one of the most northern camps. 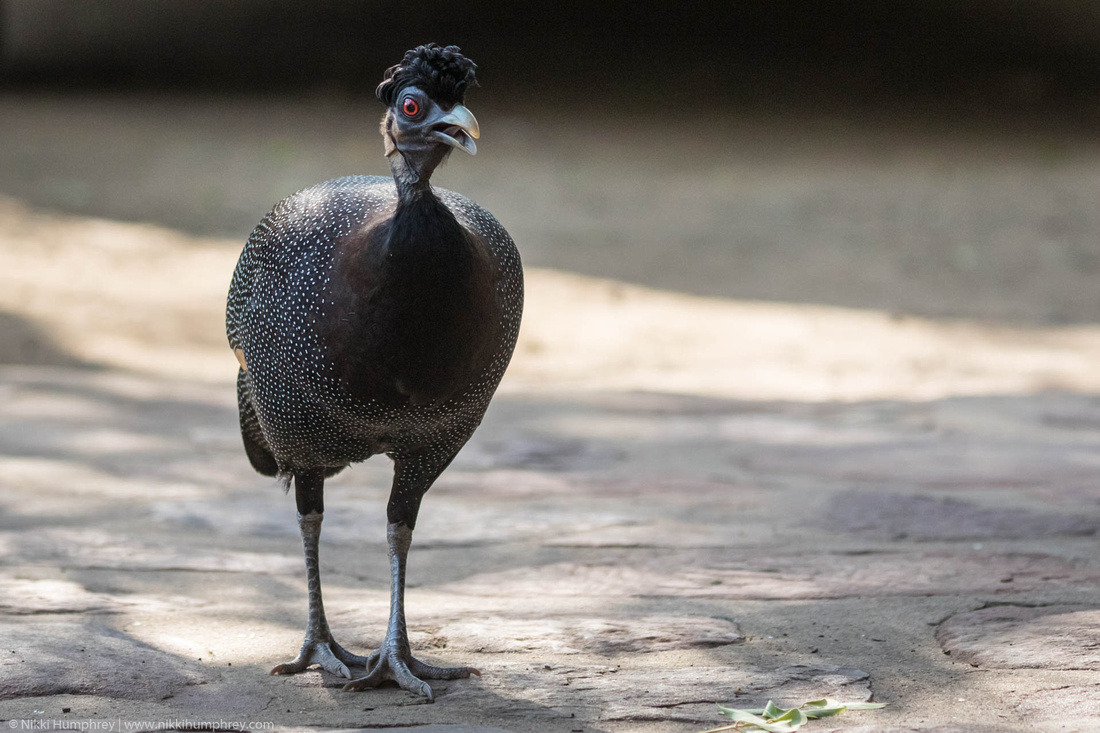 This beauty is the Southern Carmine Bee-Eater, a summer visitor to Kruger and the Southern African countries, another of the birds that 'hawks', flies from a perch, catches an insect or other prey on the wing and usually flies back to the same perch. A really beautiful bird and one I haven't seen often at all.

A pair of Lappet-Faced Vultures, taken in some serious heat haze, I was lucky to get a shot that was clear. I often see the White Backed Vultures but seeing this pair of Lappet-Faced and being able to get a photograph was a first for me. Not the prettiest birds but hugely important in the grand scheme of things, they 'clear up' the leftovers from carcasses which keeps diseases from entering the ecosystem. 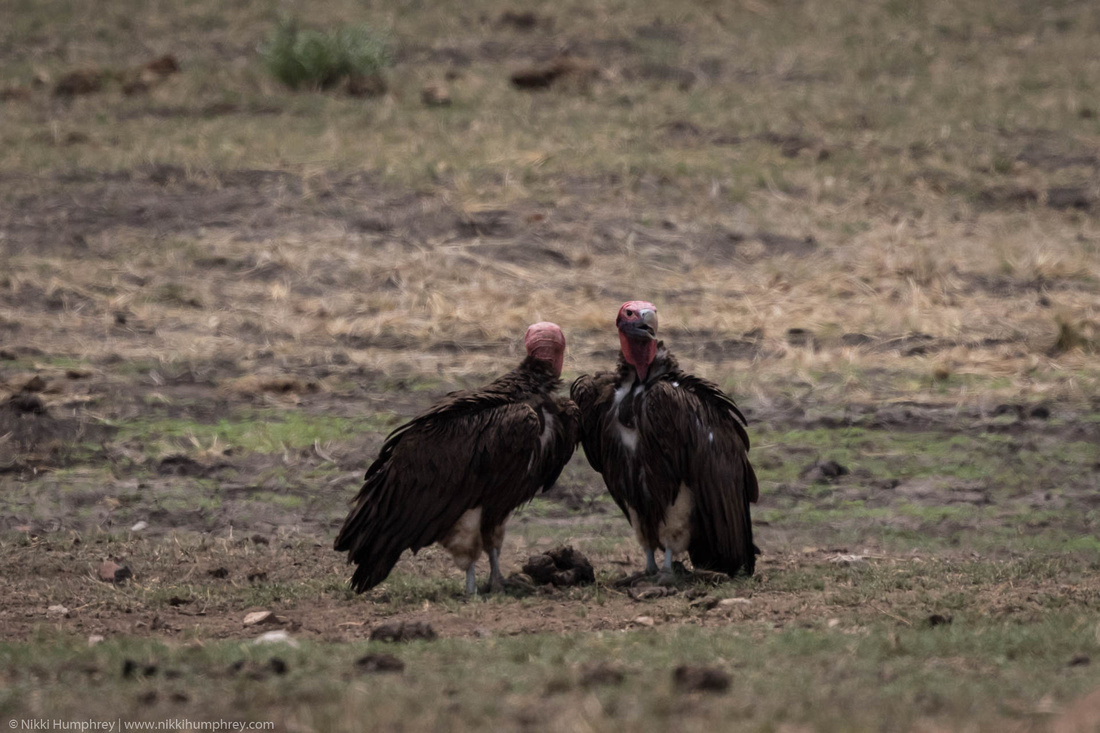 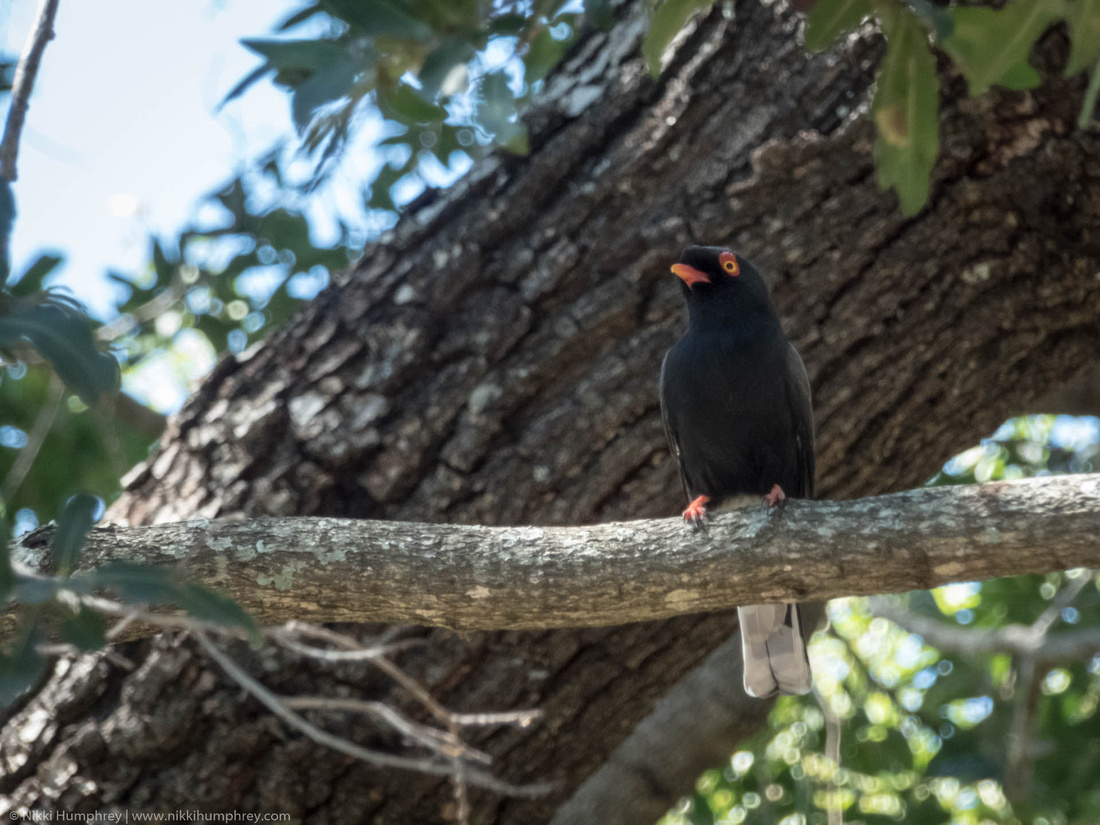 This is a Retz's Helmetshrike, a bird that genuinely sounds like it's calling 'Arriba, Arriba', it's wonderful. Usually found in small flocks, and is another of the co-operative breeders I've mentioned previously. All the helmetshrikes have this wonderful contrasting eye, in this case red/yellow. 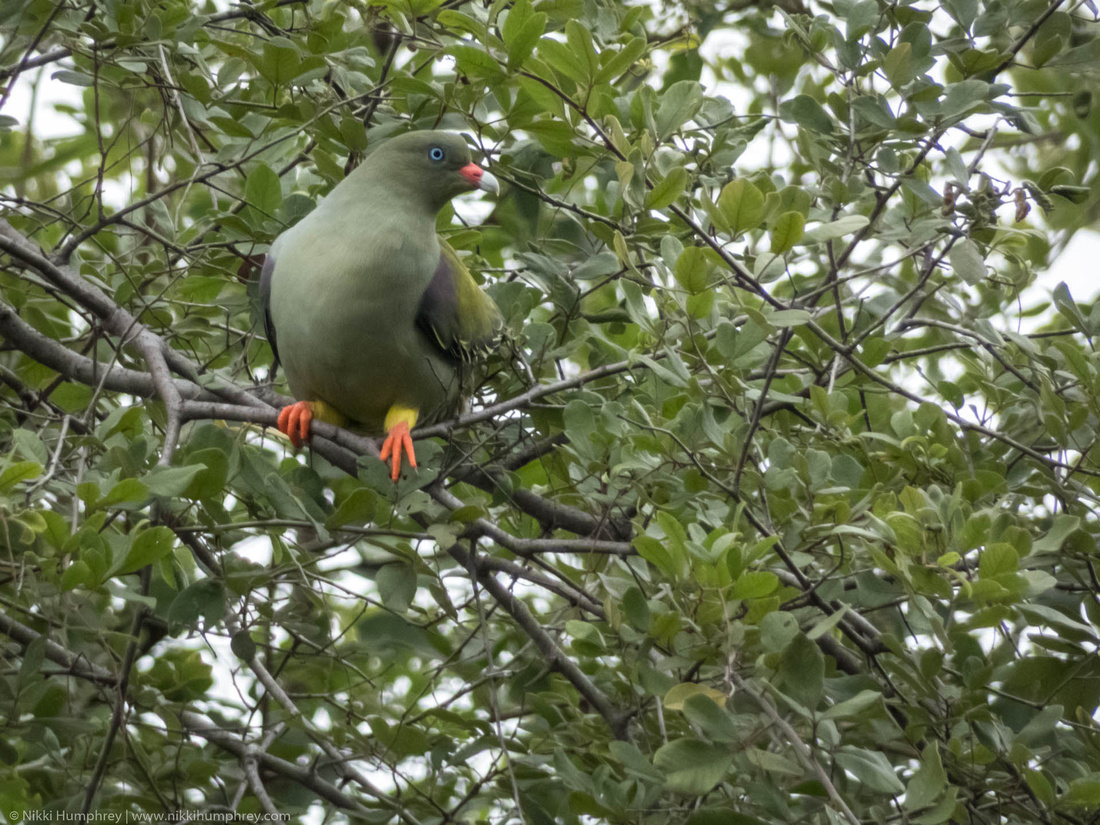 The African Green Pigeon has yellow socks! I'm pretty sure that's all I need to say to prove they are fantastic but they also have a beautiful blue eye, eat fruit and are often found in the magnificent Sycamore Fig trees along riverside. They also have a call that sounds like a Tarzan warble.

These are the Green Wood-Hoopoes, another co-operative breeder and so found in small flocks, they are called 'iNhlekabafazi' in Zulu which means 'cackling women' and is reference to their raucous chattering and cackling call. They flick their tails up and down in group displays as they call, known as 'flagwaving'. Trust me, you know when they are around. 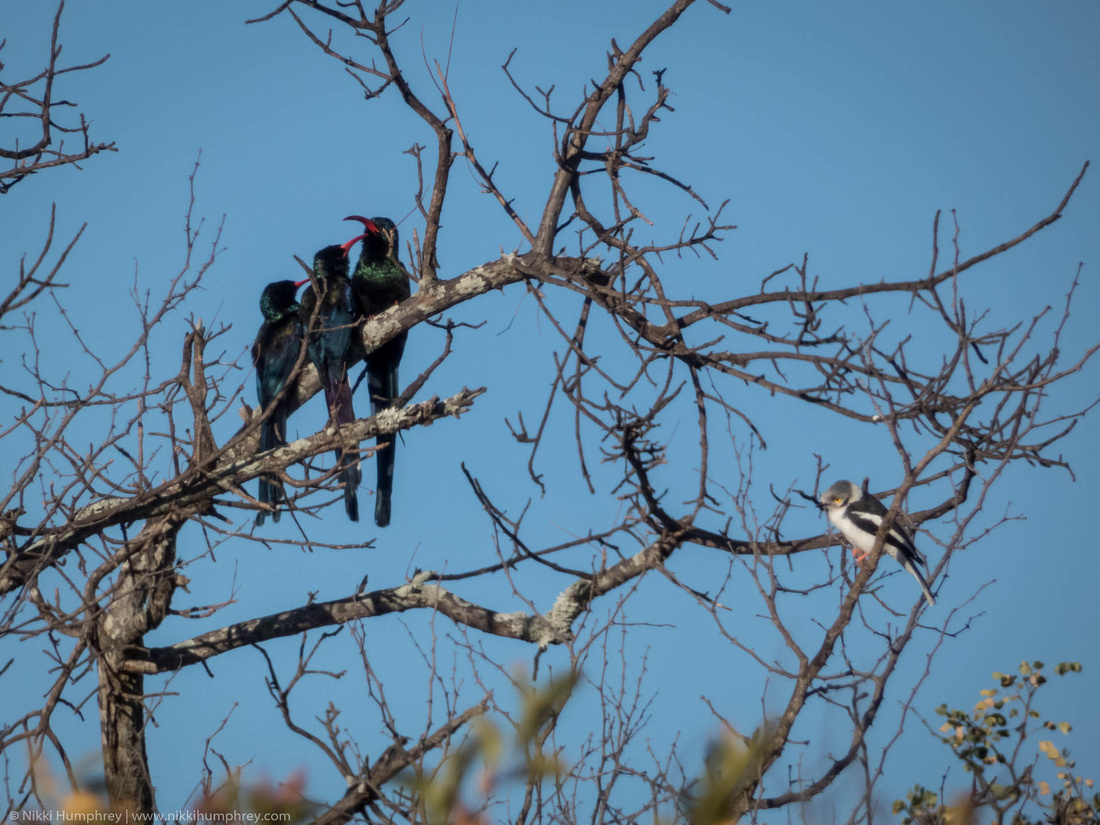 Last up we have the Secretary Bird, usually found alone or in pairs and for me, most often found in grassland. My last trip to Kruger I saw one take off and circle in the sky, my first time seeing one fly high like that, I knew they flew for short distances but the idea they flew high and circled in the sky hadn't occurred to me. Funny how your brain thinks sometimes. 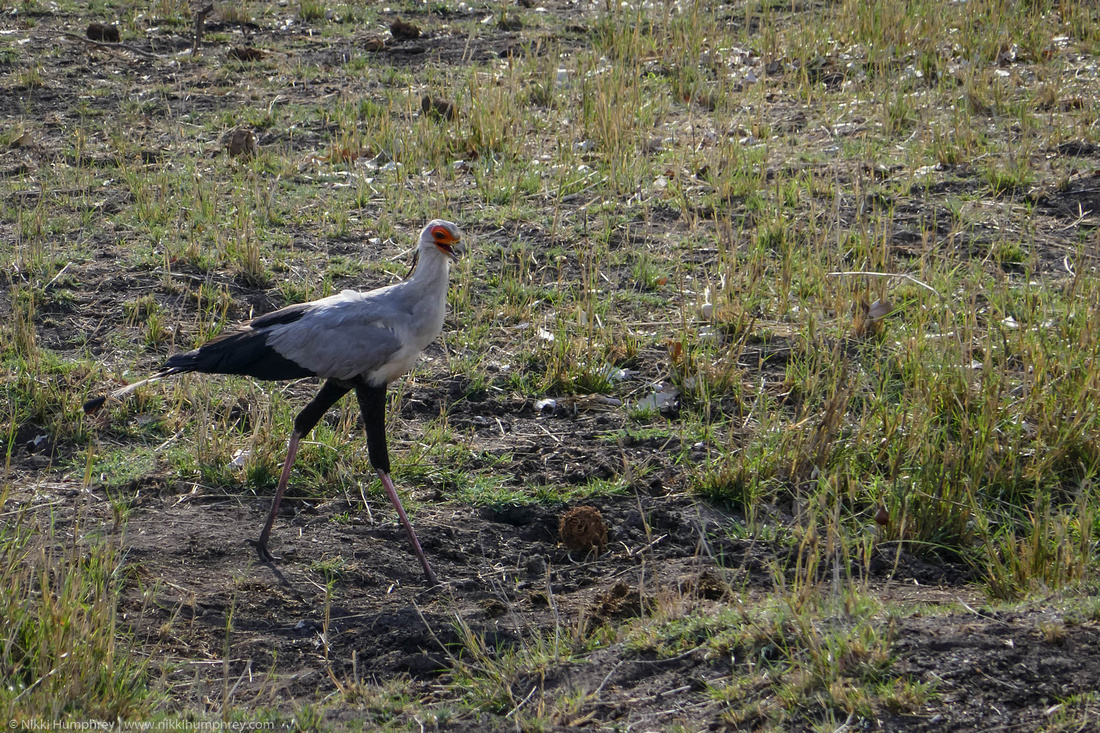 That's all, I've enjoyed showing you my birds of Kruger photographs and telling you the little bit about them that I know. There's so much more to all of them though and the more I learn about birds, the more I see and hear them, more than I ever have before.

Thanks for reading, hope you enjoyed them too.