So here we are with the next installment, 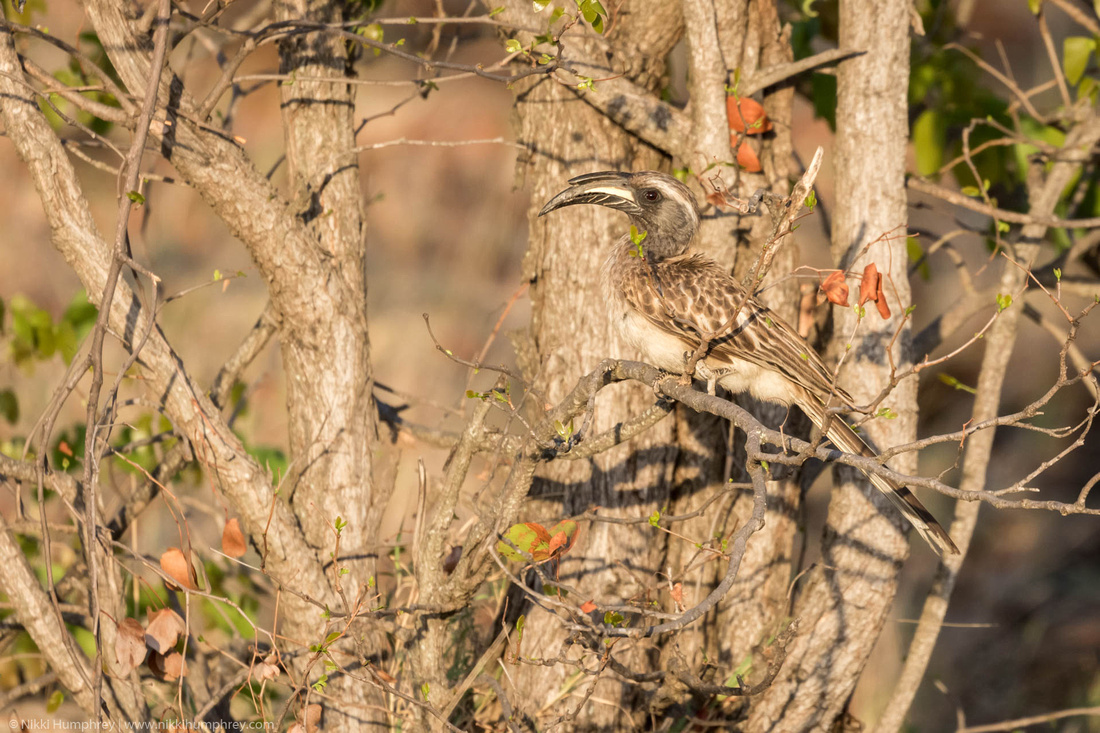 The African Grey Hornbill, has a lovely piping call unlike the Red and Yellow-Billed Hornbills who have a very similar woop-y type of call. Less showy than their red and yellow cousins they have a subtle beauty of their own. A little less common to see as well, it's always a treat to see one for me.

The beautiful and distinctive of the Bateleur/Short Tailed Eagle, depending on which you use. I love the name Bateleur - it was the first Bird of Prey I learned in Kruger and they are stunning birds, so even though their proper name has changed I will probably still continue to call them the Bateleur. They get that name from their 'wobbly' way of flying, like a tightrope walker/acrobat - which is where the name came from, the french word for 'Street Performer'. You can always pick them out as they fly, the very short tail in the silhouette and the 'wobbly' flying. This one is being mobbed by a Fork-Tailed Drongo, the ever brave and tenacious little black bird chasing away birds many times it's own size. 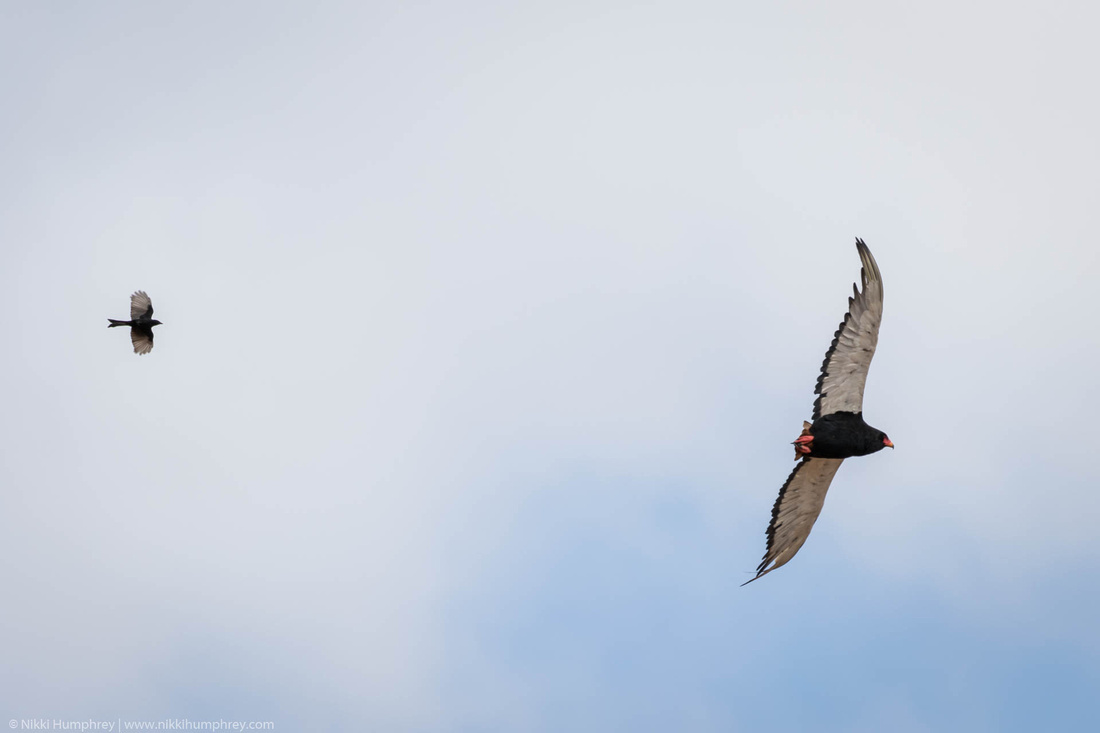 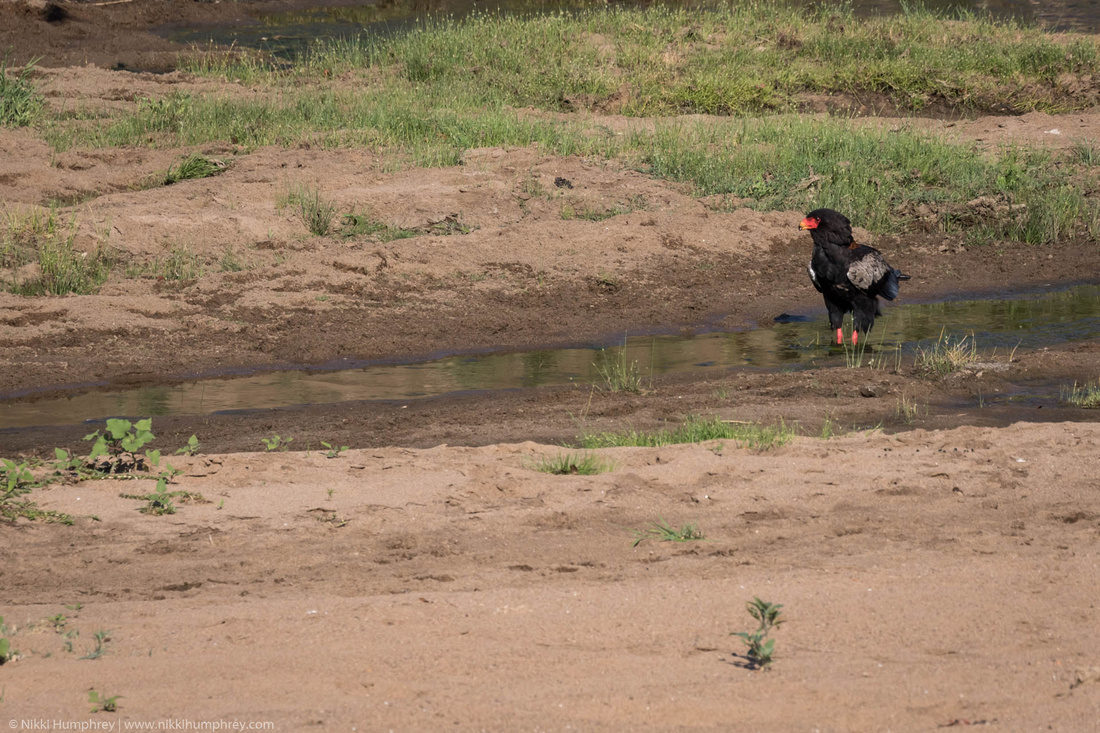 Below is a Juvenile Bateleur, lacking the orange/red colours of the adult, they have a blue face and muted brown coloured feathers, this youngster was sat on the ground near a herd of drinking elephants calling, calling and calling. I don't know if it was imploring an adult for food or admonishing the elephants for being too close to it. 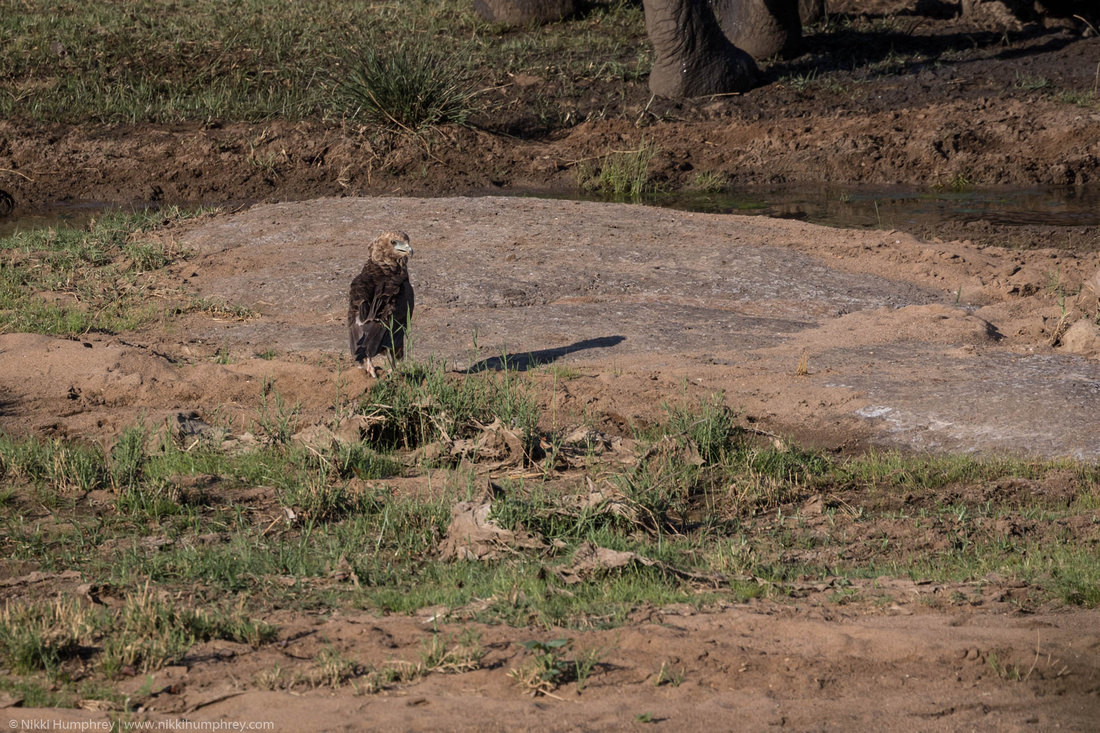 The Green-Winged Pytillia, a very tiny bird, often found in the company of Waxbills and other small birds at these 'bird parties' you come across. A lovely little bird, look at those beautiful black and white patterns. 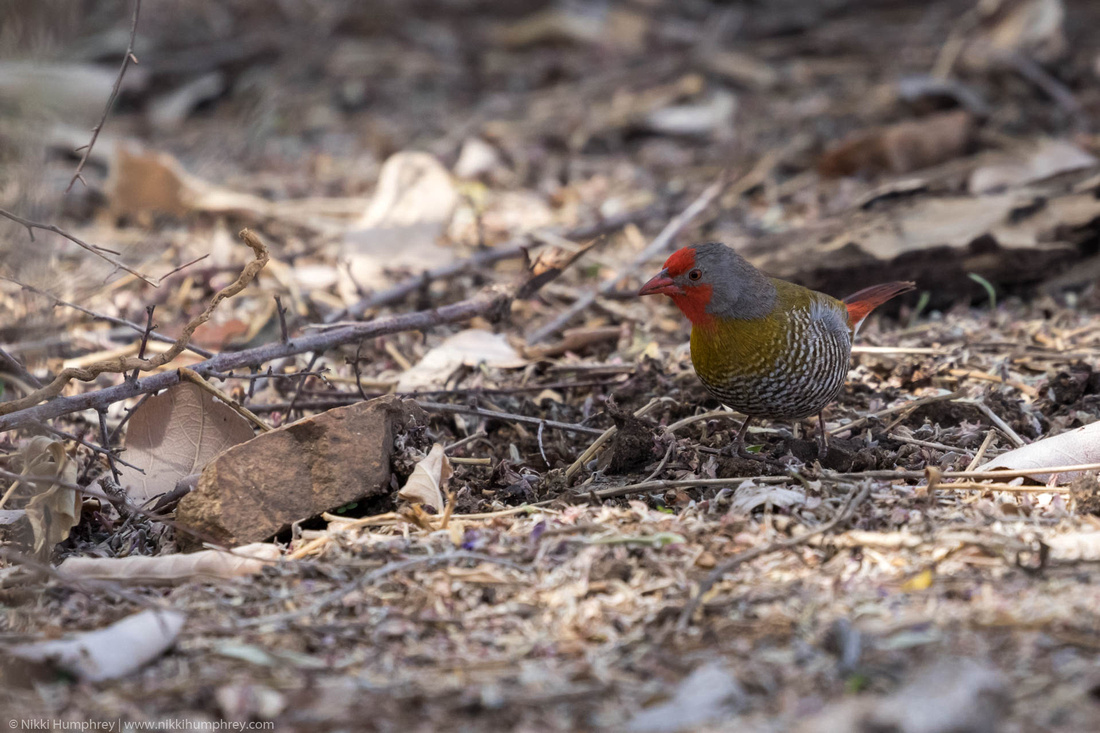 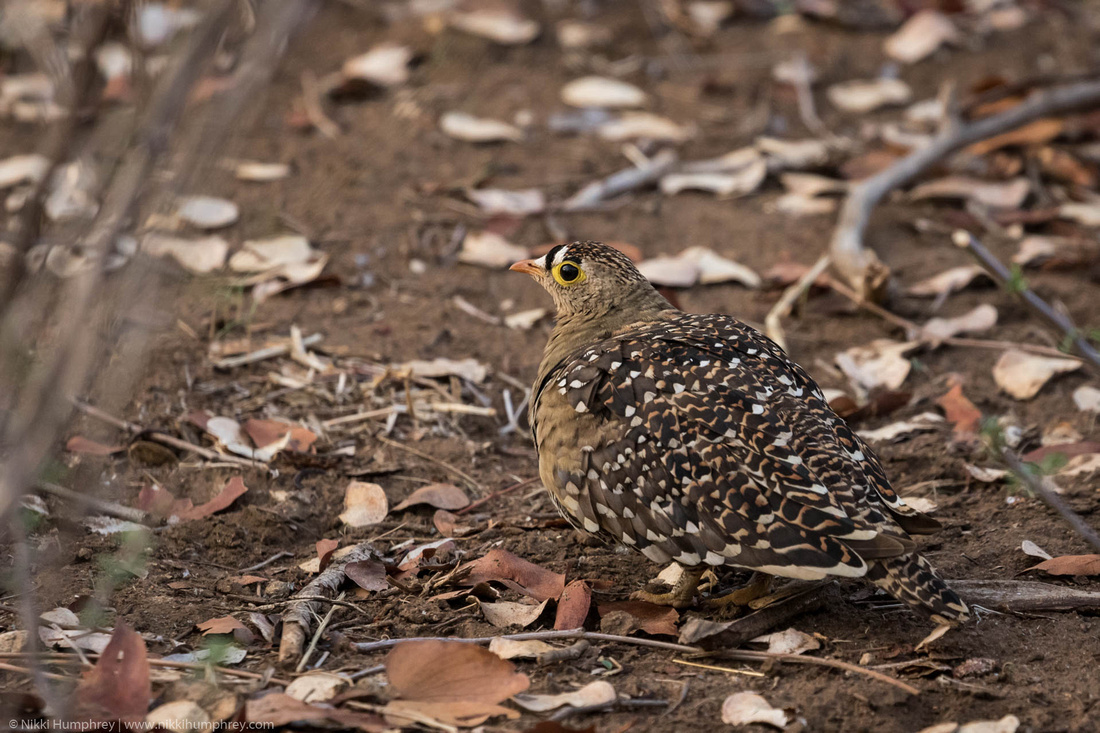 The Double-Banded Sandgrouse, very well camouflaged on the ground, my mum spotted this one, probably very often overlooked but when you look closer they have beautiful markings and that lovely yellow eye. The subtle birds sometimes have the prettiest markings.

This is the Red-Headed Weaver, they build a nest hanging from a tree with a tunnel to enter mostly made out of sticks and twigs unlike many of the other weavers who use grasses. 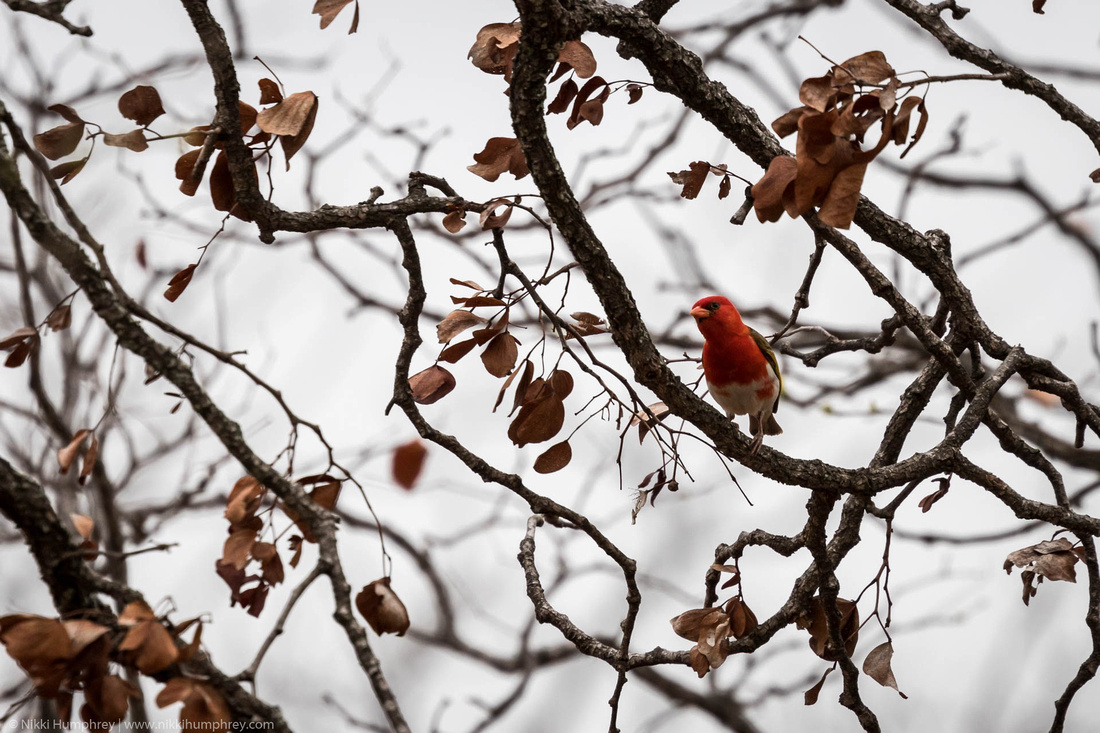 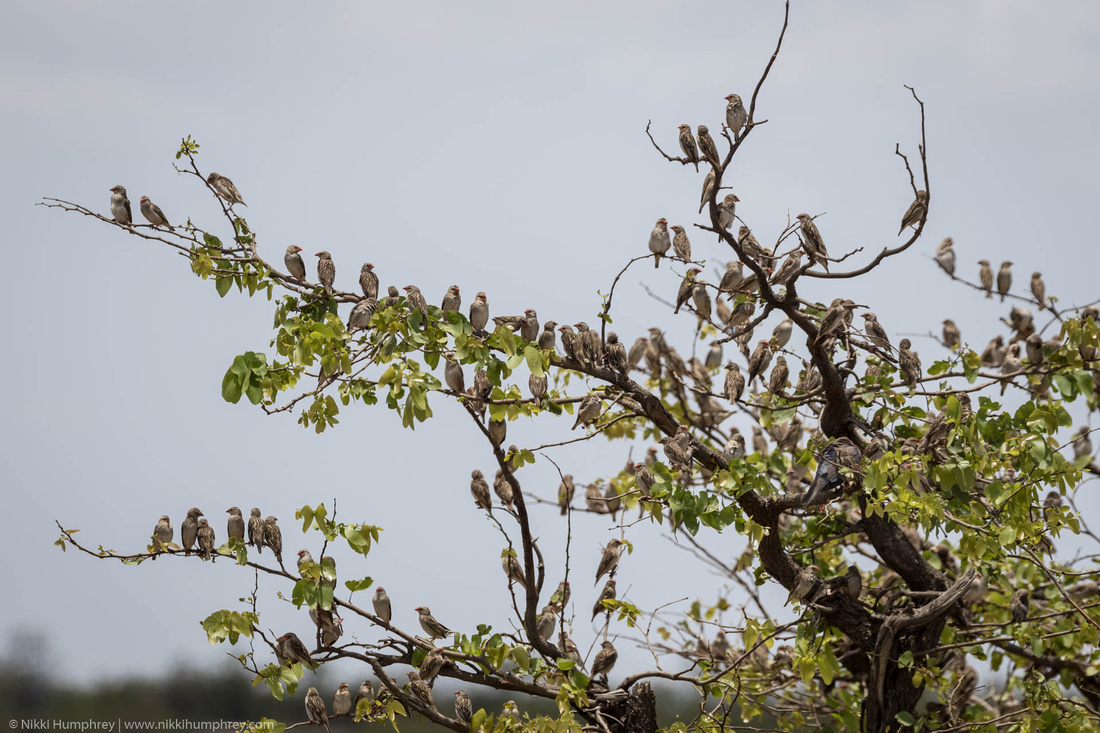 A tree-ful of Red-Billed Quelea, one of the most numerous birds in Africa. Huge flocks of these birds can decimate crops and become a huge nuisance for the people who spend their time growing crops. They are proliferate breeders and can reproduce very quickly hence their huge numbers. The thing I like about them though, is the noise that hundreds of wings make as they fly in synchronicity.

The largest flying bird in Africa, the Kori Bustard. They don't fly often, it's a bit laboured as you can imagine. I remember watching a dung beetle roll it's ball of dung along, I was so focused on it that I didn't notice the Kori Bustard coming closer until it bent down and ate the dung beetle in one scoop, thrown and swallow. Poor dung beetle. 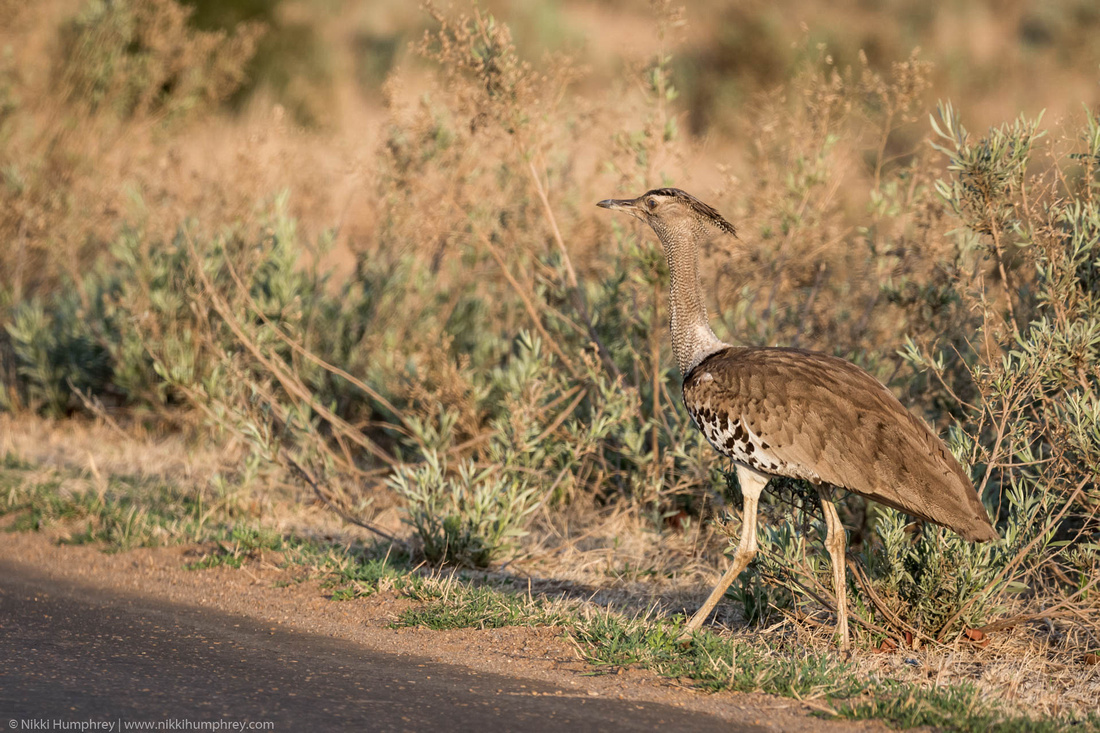 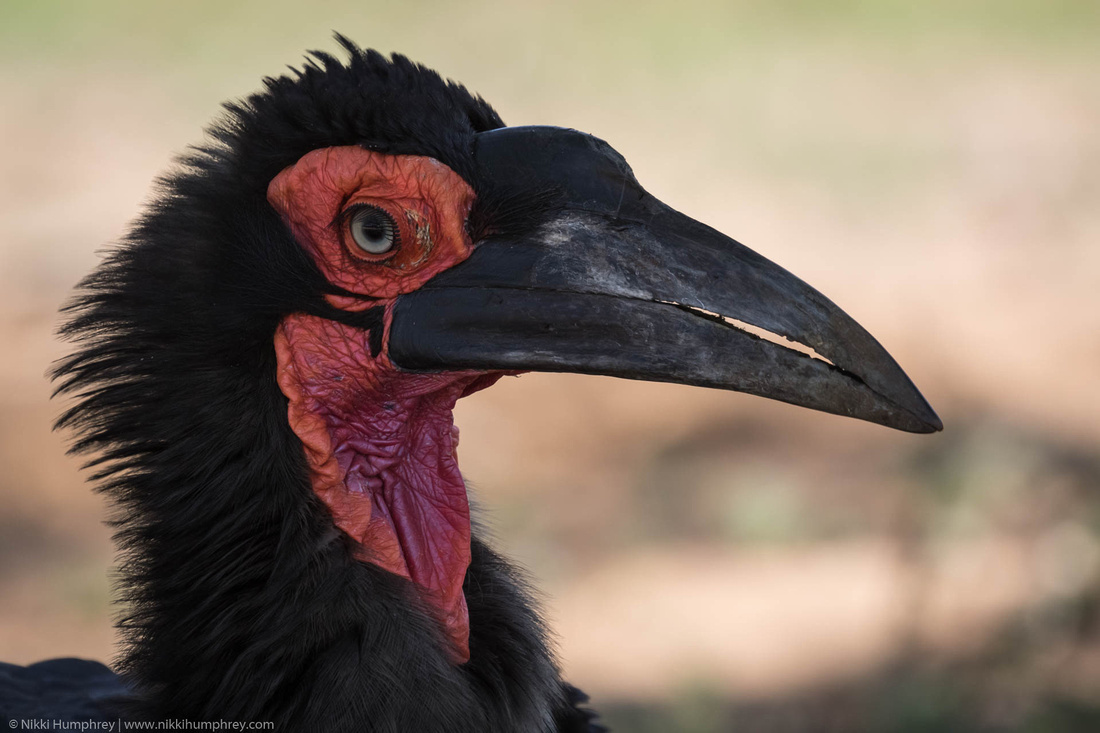 From one large bird to another, this is the Southern Ground Hornbill, the largest member of the Hornbill family. They are listed as Vulnerable on the IUCN Red List because they are very slow breeders and have trouble finding holes large enough for them, they need very large trees to have the large holes and as you can imagine, elephants also like these massive trees, either to push down to get to the foliage at the top or ring bark to get the cambian layer so therefore not so many big trees. 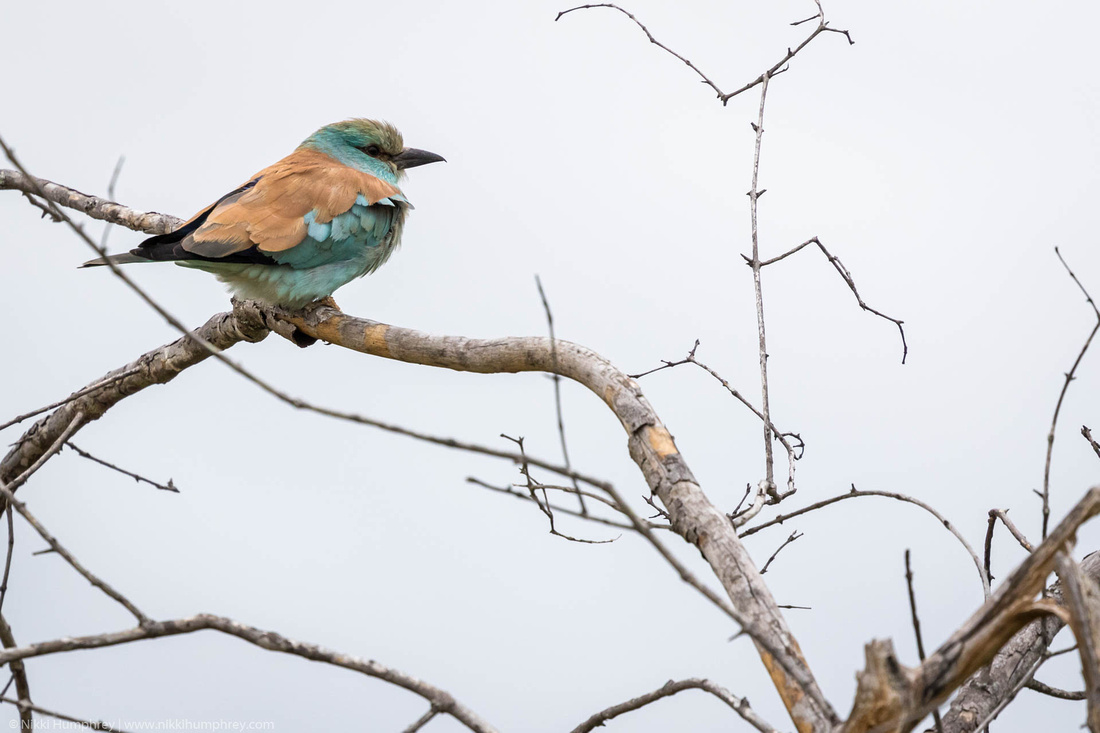 The European Roller, a summer migrant to Southern Africa and a much less showy version than the Lilac Breasted Roller, is not one I've seen very often so I was thrilled to get a good shot of it.

The Magpie Shrike is one of my favourite birds, I always see them in Kruger and always enjoy their beautiful 3-note call, plus they are a classic black and white with beautiful long tail feathers. Mostly found in small flocks of 4-12 birds, a family of co-operative breeders where the main or alpha pair have the eggs but the whole family/group, usually previous young birds help feed the new chicks. 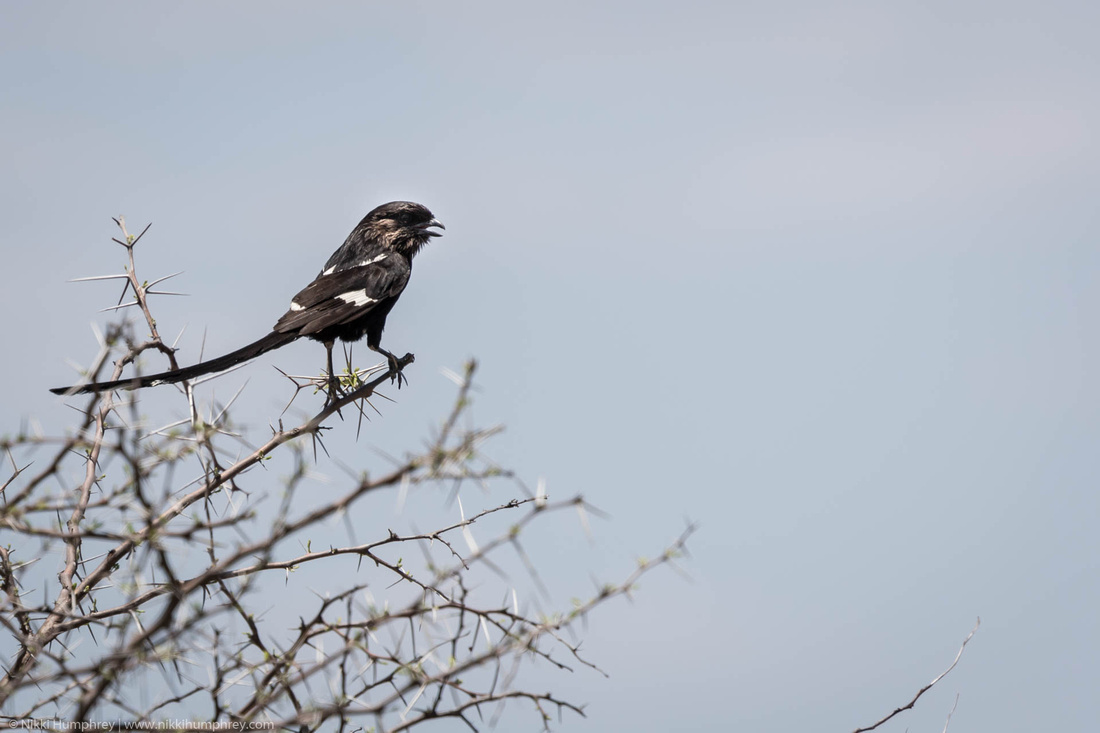 Finishing up with a Red-Billed Firefinch, another of the tiny birds often found in the bird parties with the waxbills and pytillias. I'm not 100% sure on this ID but I think this is what it is. It has these tiny light coloured spots on it's breast. 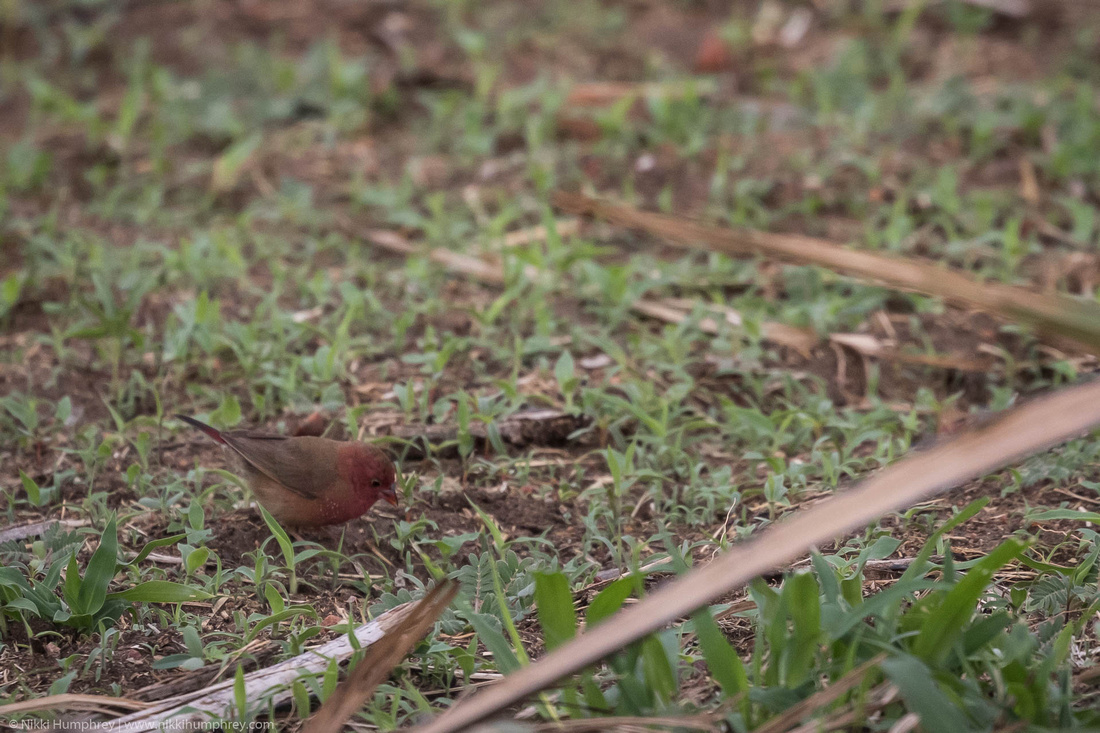 Thanks for sticking with it and reading Part 5, turns out I have a lot more bird photographs than I thought...