I didn't think I would get so many blogs out of my bird photos, it turns out I have way more than I thought. 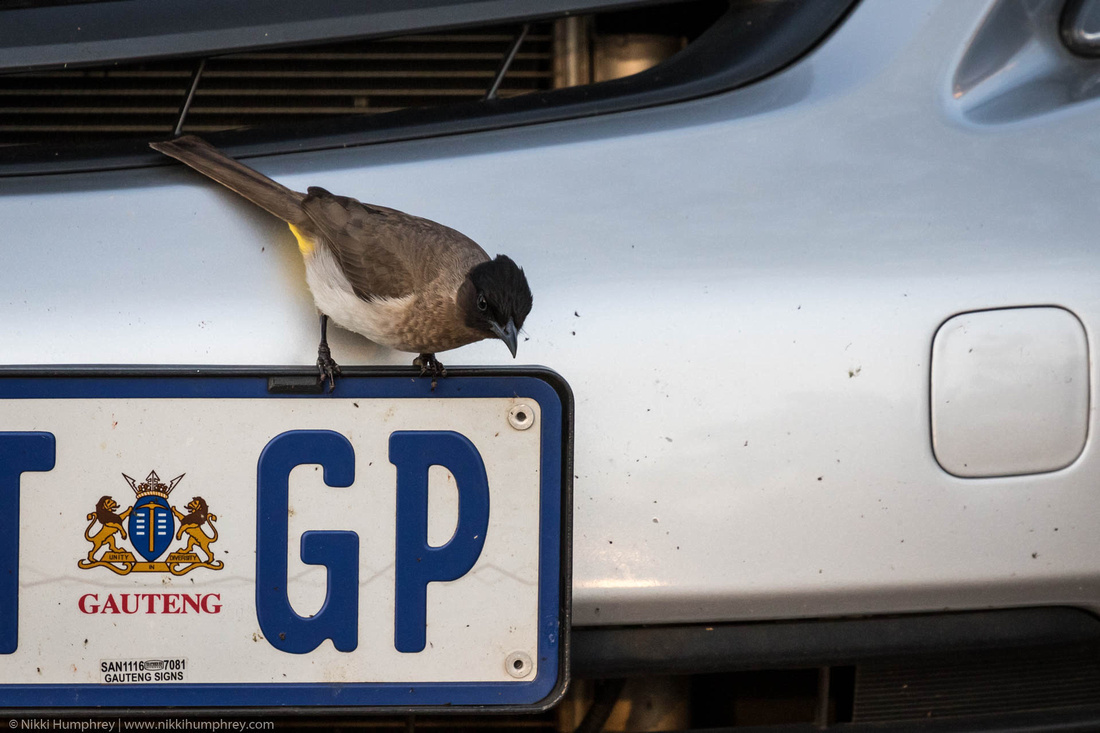 I thought I would start with a Dark-Capped Bulbul, a very common bird around Kruger with a lovely little call that seems to say 'Let's Let's say hi to Gregory', wish I knew who Gregory was?! They are very often seen at picnic spots, I have sat and eaten an ice cream having a chat to one sat on the same table with me. They can be found singularly, in pairs or in flocks.. a very versatile bird!

This is the Red-Billed Oxpecker, one of the most important birds in the African bush and arguably the one you should know the call of the best. They tend to be found on large mammals, so knowing the call of the Oxpecker can help you find mammals in the bush. They often fly up off an animal or spiral down when they find one and therefore you would know where they are and the mammal they are sat upon. It also means if you're walking in the bush, hearing the Oxpecker can mean you don't walk into a dangerous mammal without warning.

They are useful for the mammals they use as perches and as food providers, most mammals have ticks and insects feeding on them, the Oxpeckers come along and pick the ticks off the mammals. The mammal has some relief from the insects and the bird gets food, a mutualistic symbiotic relationship, both parties benefiting from the interaction. Sometimes it can weigh more heavily on the bird's side as they also can open up a wound or keep a wound from healing in order to drink the blood of the mammal. This doesn't usually have a massive impact on the animal but it depends on the size of the mammal and it's underlying health conditions. 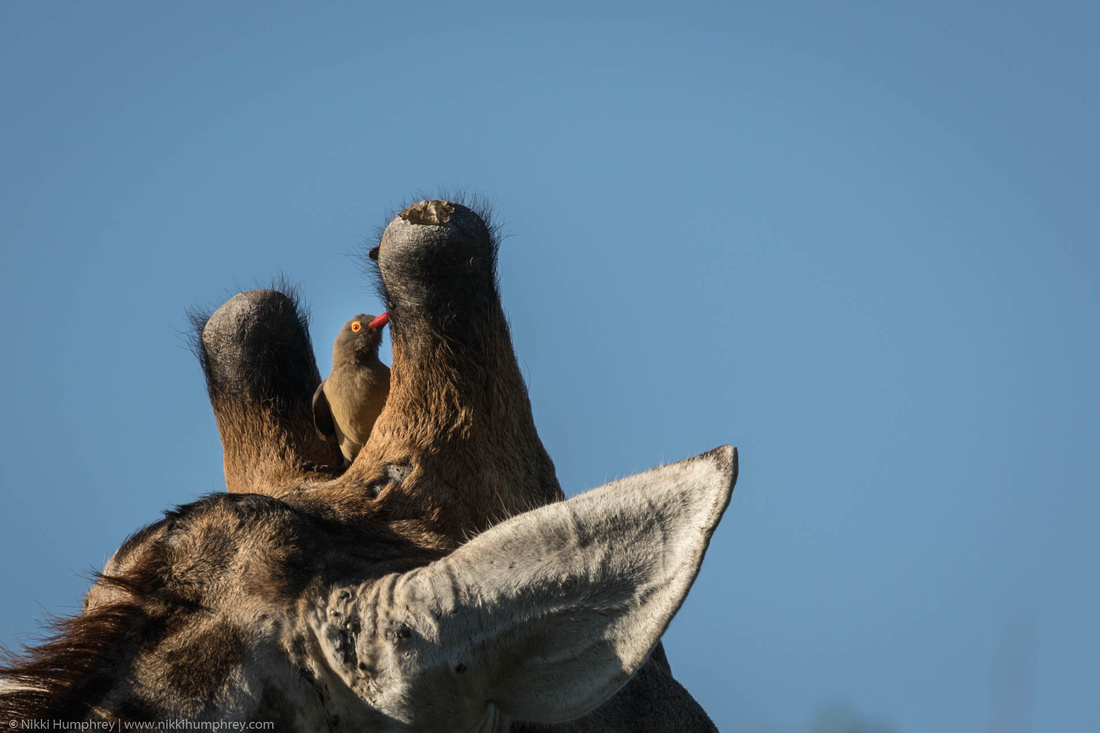 This is the Yellow-Billed Oxpecker, a much rarer bird, more often than not found on buffalo and cattle, they prefer the bovine family but as with this one, they can be found on other mammals too. They were almost wiped out with the advent and use of pesticides on cattle, slowly their numbers are increasing but there are still studies that ask for sightings of them to be reported to them so they can track the rise and fall of their numbers. 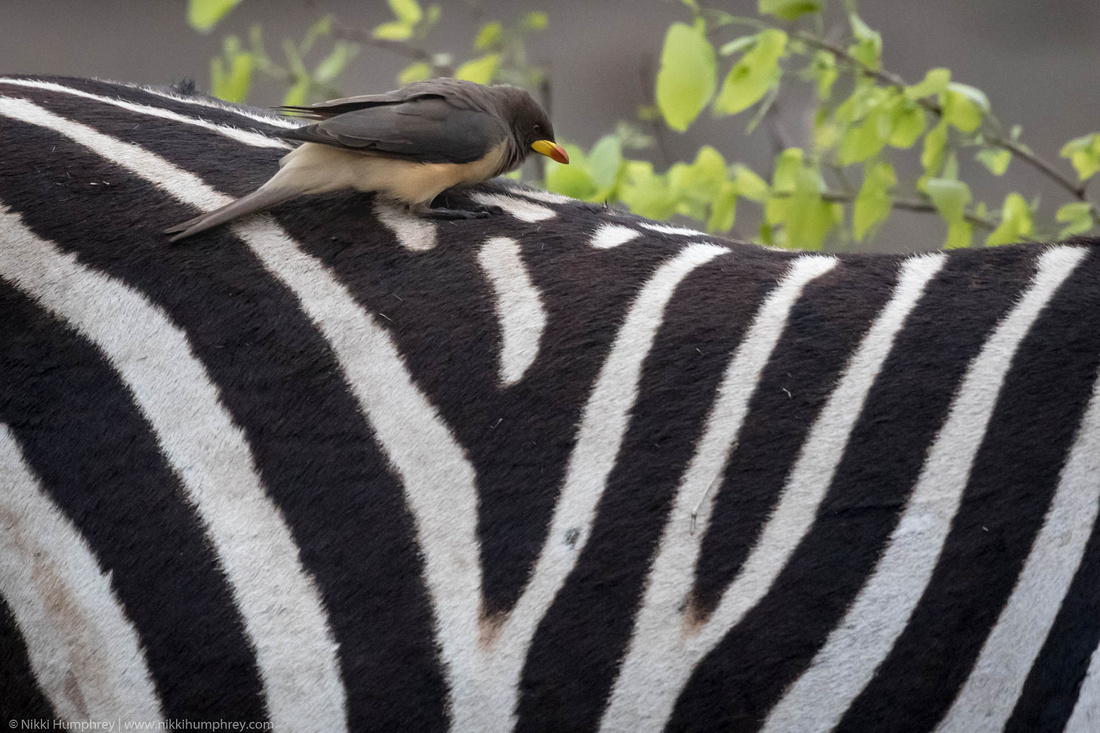 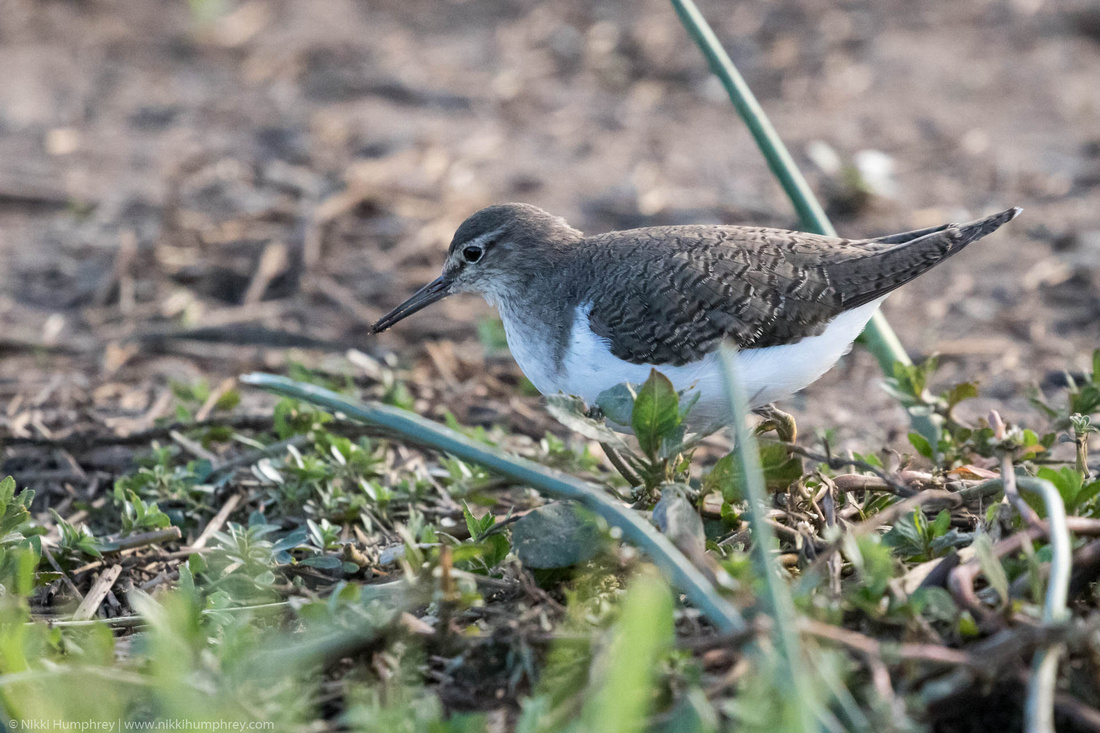 The Common Sandpiper, I think, I'm not fantastic at wader birds just yet. A summer migrant to South Africa, obviously found at water's edges, this one was at a dam we stopped at.

The Purple Roller, a less flashy version of the Lilac Breasted Roller, also slightly larger but still such a unique silhouette. They often perch at the top of a dead tree or on the end of a branch and you can always tell it's a roller by it's silhouette. Even my mum can spot one in a tree!! 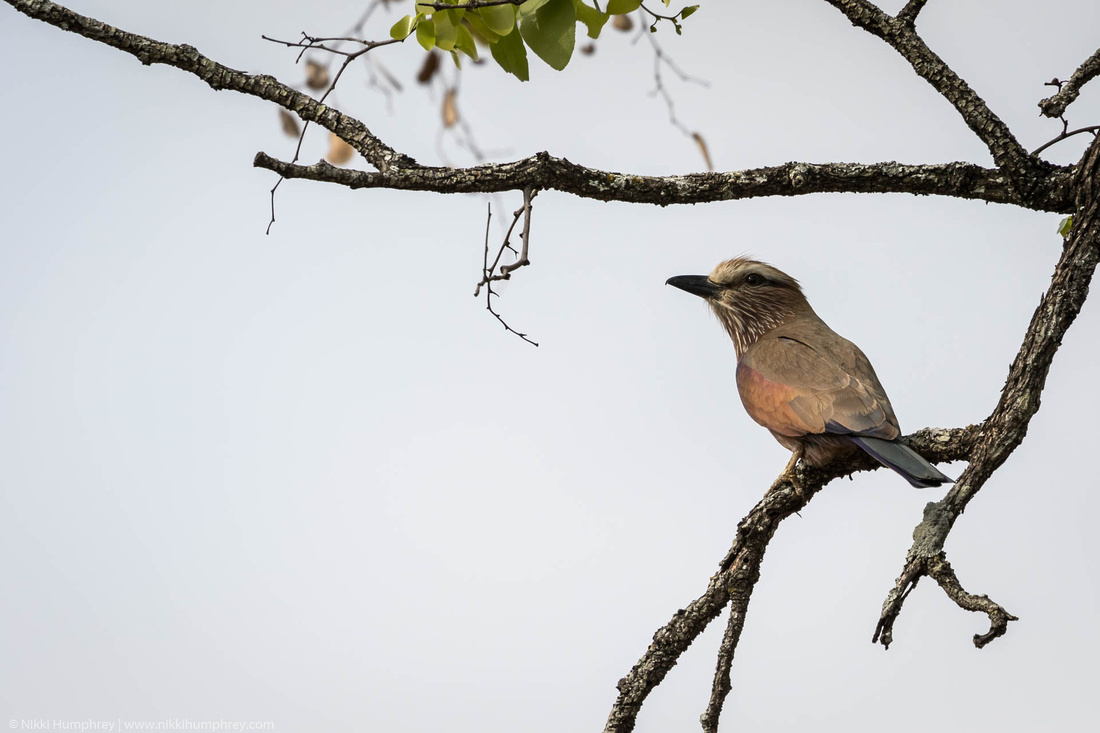 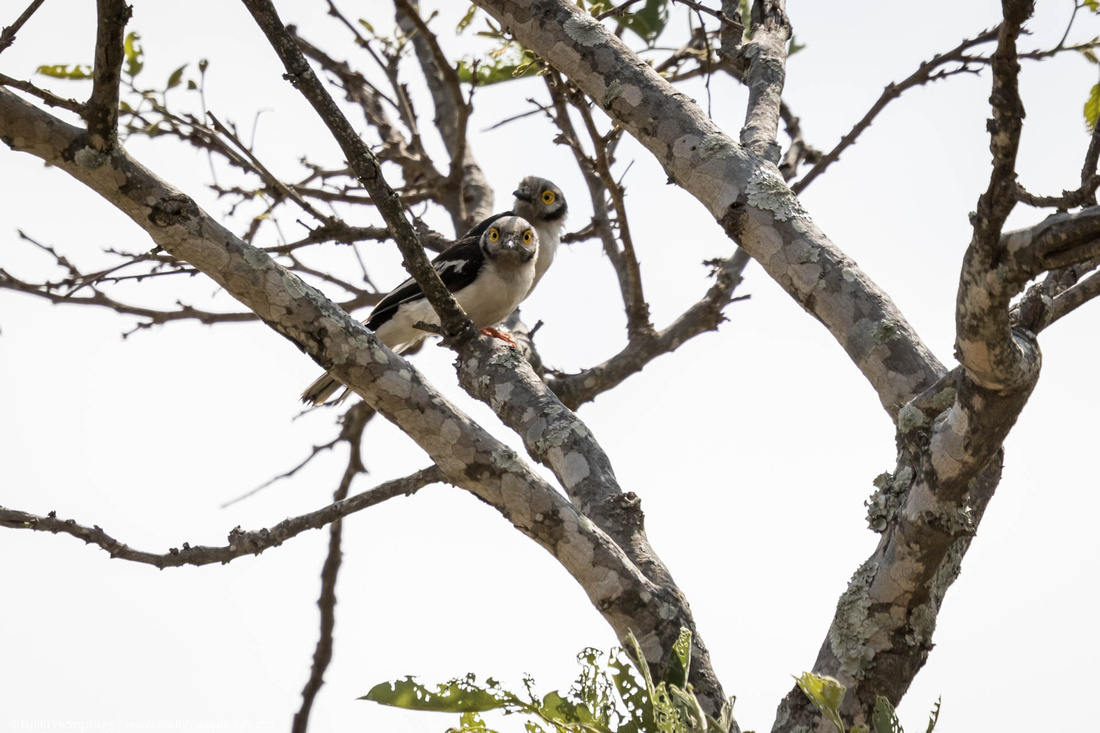 This is the White-Crested Helmet-Shrike, a small bird with excellent yellow eyes. They are always in small family flocks, co-operative breeders again, that's when the 'Alpha' pair lay eggs and have young and the previous year's young (usually) helps them make the nest and feed and rear the young. You can tell when they are near because their call sounds like the noise of a pinball or arcade game.

Next we have the Black-Crowned Tchagra, one of my absolute favourite calls. This one sounds like a drunk guy whistling as he walks home from the pub, it's brilliant. A lovely little bird, the largest of the Tchagras, found across Southern Africa but only in the northern reaches of South Africa. 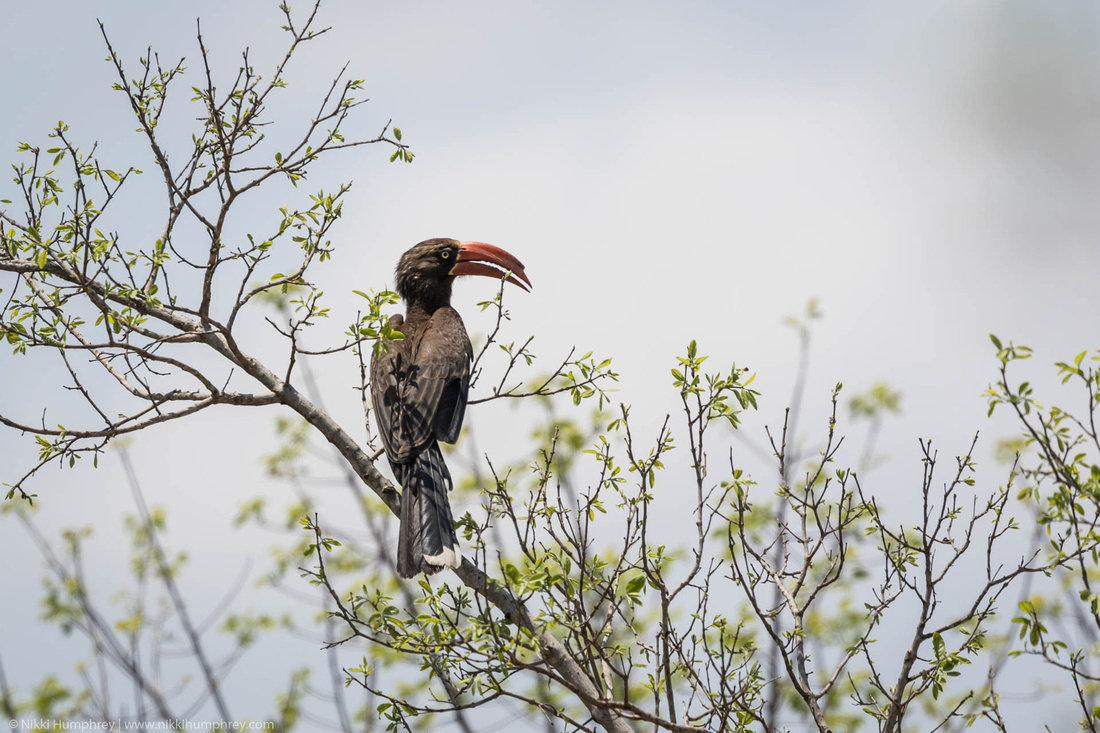 This is the Crowned Hornbill, another of the hornbill family. I saw this and assumed it was a hornbill, it was only after I looked through the camera I realised it was one I had never seen before. How exciting is that feeling? 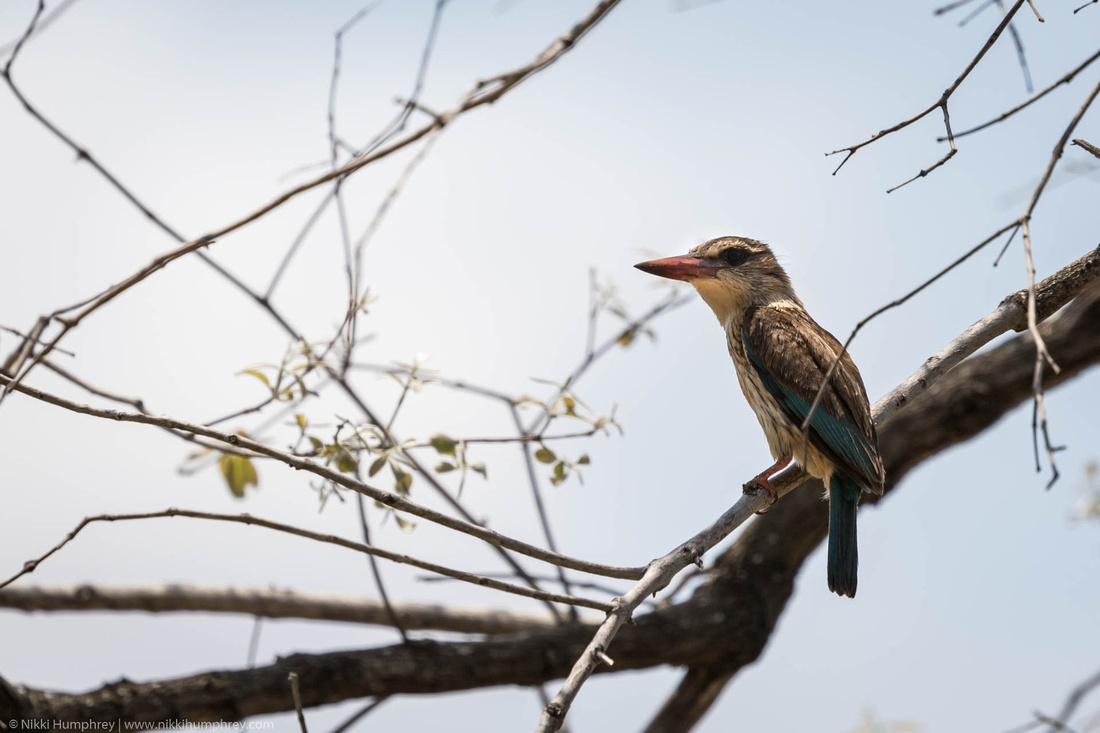 This one, the Brown Hooded Kingfisher, happy to be corrected if it's the Striped, I seem to struggle with identifying the difference between these two, is another of the kingfishers that doesn't really hang around water, mostly found woodland, forests, parks and gardens.

This is the Marabou Stork, considered to be one of the Ugly 5, it isn't the best looking bird and when combined with it's tendency to defecate on it's legs to act as a sunscreen and to cool itself down, and it's habit of feeding on carrion along with many other things, it really doesn't help it's case. It's an incredibly useful part of the food chain though, along with the vultures and other 'clear up' squads they eat the leftovers from carcasses and kills made by predators which in turn stops diseases the prey might have from entering the food chain and clears up any meat etc that might sit and rot. 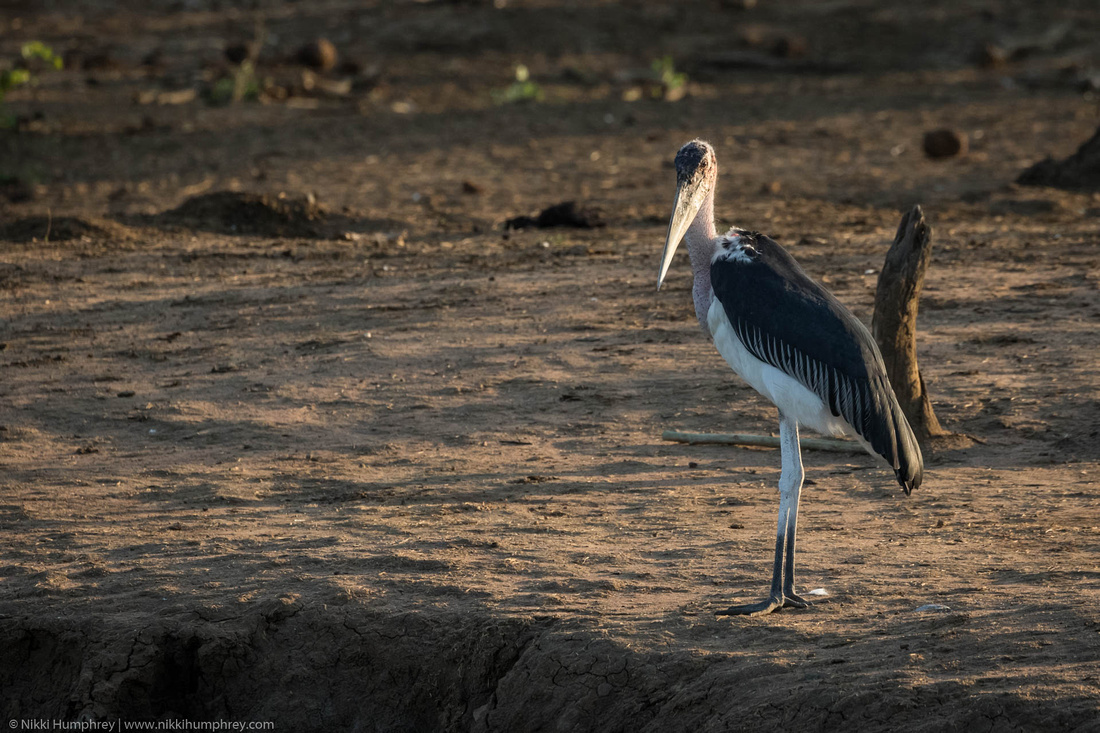 An to finish this instalment off,  2 in 1. A male Chinspot Batis on the left and a White-Fronted Bee-Eater on the right.

The Chinspot Batis is a great little bird with a 3 tone call, very often heard, for me it's one of the sounds of the bush and when I hear it, it makes me smile.

The White-Fronted Bee-Eater, a permanent resident of Southern Africa where some of the other Bee-Eaters are summer visitors. It hawks insects on the wing as most of the Bee-Eaters do, they fly from a perch, catch an insect and then usually head back to the same perch, which is handy when you are trying to photograph them. 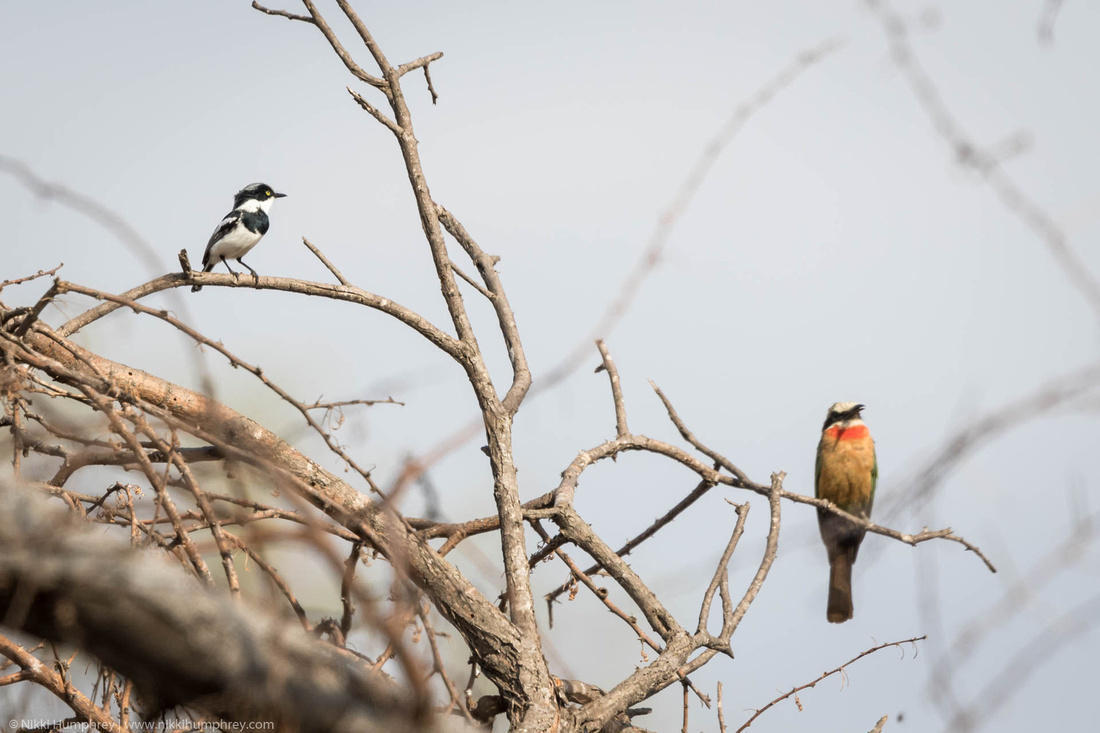 So another installment for you. Hope you enjoy it.