In recent years I've become much more interested in birds and especially when in Africa. I kind of 'got' the mammals and their ID's down and then became really interested in trying to ID the birds too. Don't get me wrong, I haven't turned into a 'birder' or go specifically somewhere for birds (not that there's anything wrong with that) but I'm interested in what I can see as I go around in amongst other things. (A day of birds and birding made me slightly grumpy, heat and camera issues didn't help, but I do like to mix in some mammals and other things too).

I've learnt a lot about some of them so thought I would share some of what I've learnt and the photos I've taken of them.

First up is the Blue Waxbill, a very tiny little bird, in a lovely shade of turquoise-y blue. It makes a psh-psh-psh noise which is very easy to overlook in amongst the bigger birds and the bigger calls. They often 'hang out' in small groups of mixed birds, I've quite often seen them with Firefinches or Pytillas in a slightly 'woodland' habitat, they obviously occur in other habitats but these are just my personal observations. A common resident to parts of Southern Africa. 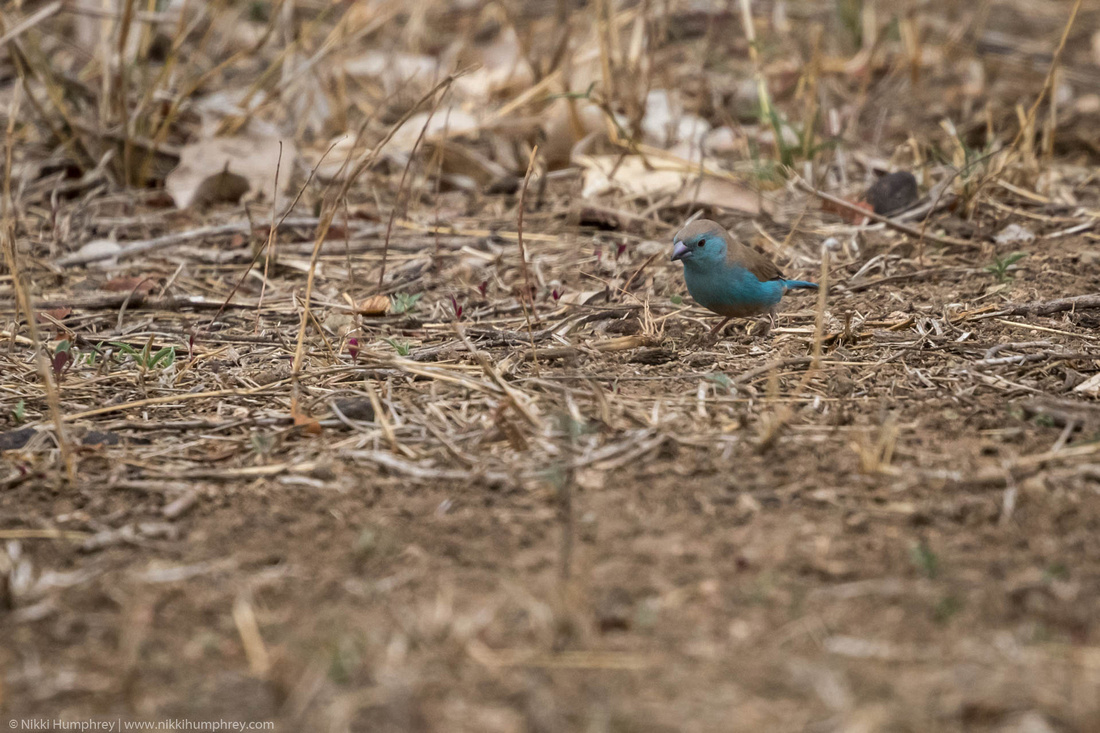 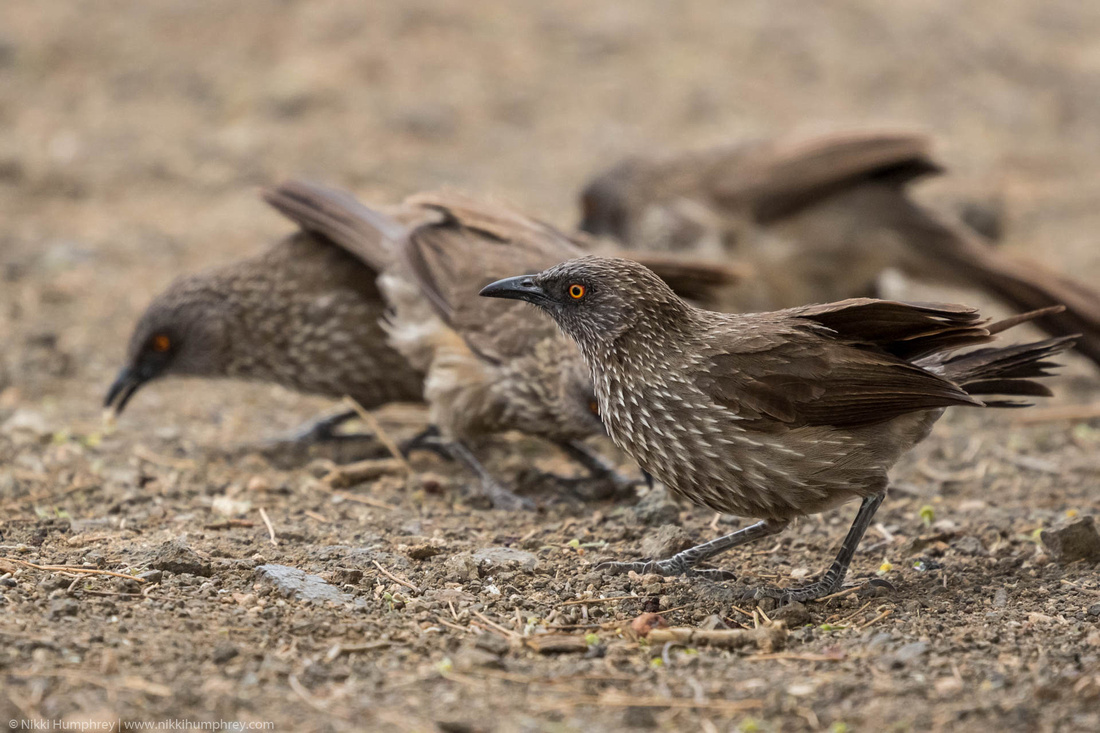 This is an Arrow-Marked Babbler, one of my favourite birds for a few reasons. One; it's one of the first I learnt the call of by seeing it and hearing it in the bush (I learnt a lot of others by listening to calls that have been recorded), Two; it's got the most beautiful eyes and the patterns of the feathers are wonderful, Three; They sound like a bunch of cackling, laughing women which immediately reminds me of a group of wonderful female friends I made and we decided we sounded a lot like them. Always makes me happy to hear these in the bush. They are always in a flock and when one starts calling the others all get involved too. They are cooperative breeders which means only one pair in the group breeds and the rest are there to 'help'. It means they breed more successfully like this than if they went at it alone. Usually the helpers are previous offspring but that isn't always the case. A fairly common resident bird in the eastern half of Southern Africa.

The Black-Backed Puff-Back, (boy do they like to give everything 4 names in Africa - ask me about some of my favourites) but it has the best call, click-whistle-click-whistle-click-whistle. It's fabulous. In breeding season the male puffs up his back to create a puff of white feathers, known in Africaans as 'snowball' because that's what the puff looks like. They have a beautiful red eye and who doesn't love a black and white bird - it's a classic combination for a reason. They prefer the thickets and woodland type habitats, usually found singularly or in pairs. Again a common resident of the eastern half of Southern Africa. 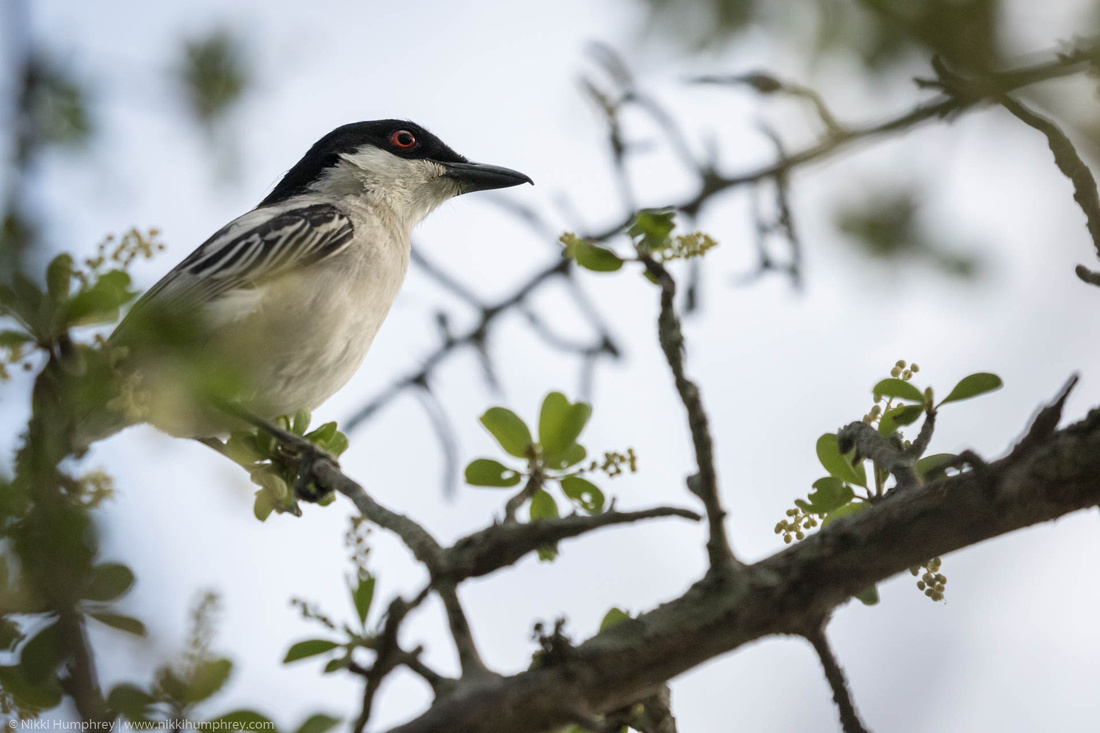 Next up we have the Saddle-Billed Stork, a tall black and white stork with a red and black banded bill with the yellow 'saddle' at the base. You'll notice there are two photographs here and the difference is the eye. The female has a yellow eye while the male has a dark brown eye and a yellow wattle below the bill. Mostly silent they use their bill to bill clap and once again a fairly common resident to South Africa. I think I've seen one every time I've been to Kruger. Very elegant birds. It took me forever to remember which has the yellow eye! 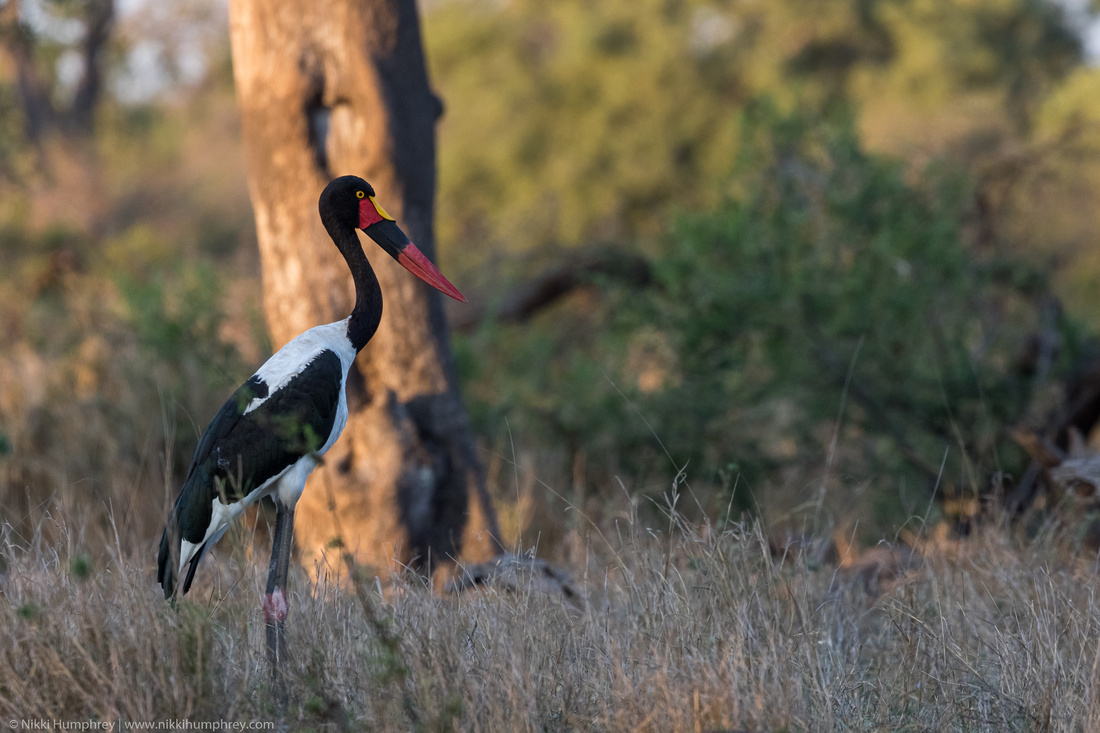 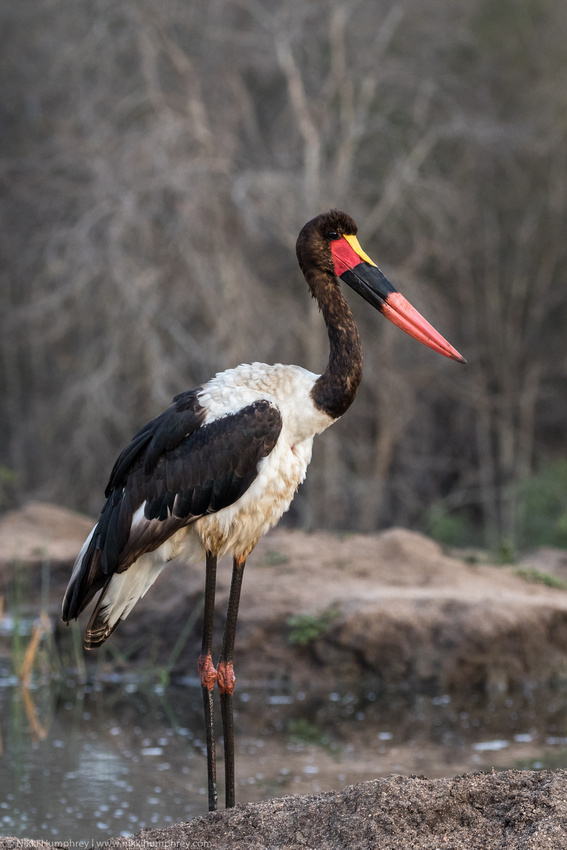 Here we have the Woodland Kingfisher, a summer visitor to Southern Africa, you can only see, and hear, it in the summer months, November onwards usually as they spend the rest of their year in other parts of Africa, they are intra-african migrants, arriving in Southern Africa to court and breed. As they start their courtship they call, and they call and they call. It's a wonderful sound and then it's the sound that is the only sound you can hear sometimes! Such vibrant little birds, they have this vibrant bright blue and black plumage and a black and red bill. There are 3 kingfishers I think are similar, the Striped, the Brown-Hooded and the Woodland but it's call is unmistakable, always takes me a few minutes to work out which one I'm looking at or photographed. In 2018 this was the first Woodland Kingfisher we saw on the 23rd November.

Considering they are all called Kingfishers, none of the 3 mentioned above actually frequent water, they all frequent savannah and woodland.

Hope you enjoyed this small installment, I have more to come in coming days and weeks with many more birds.

Let me know who's your favourite of these birds.