My trip to the Azores was one of joy and photography, the first part of my blog can be found here …

This is Part 2, I thought I would start off with the resident Sperm Whales. 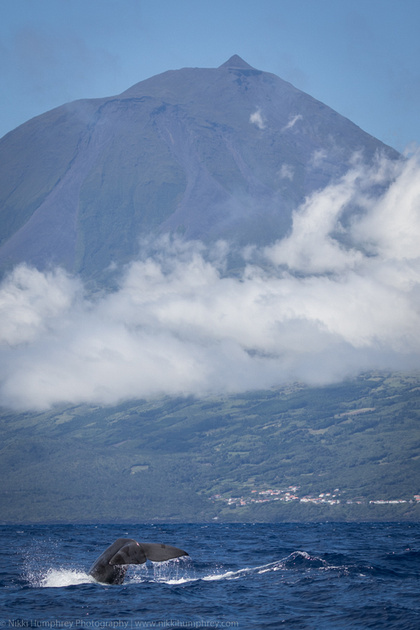 With the Azores being a stronghold for them we obviously saw many of them and sometimes the same ones over the course of a few days. The Azores themselves are volcanic islands, rising from the depths of the oceans to the heights of the mountain of Pico in a very short distance, meaning deep waters are also very close to the shore, hence seeing so many deep water diving cetaceans at relatively short distances from land. The Sperm Whale can dive to depths of a thousand metres to catch and feed on the giant squid that lives there, this makes them a great whale to watch dive because they almost always show their tail flukes as they dive, however less ideal is the length of that deep dive, they can be below the water from 20-40 minutes on average and can even be down for an hour. 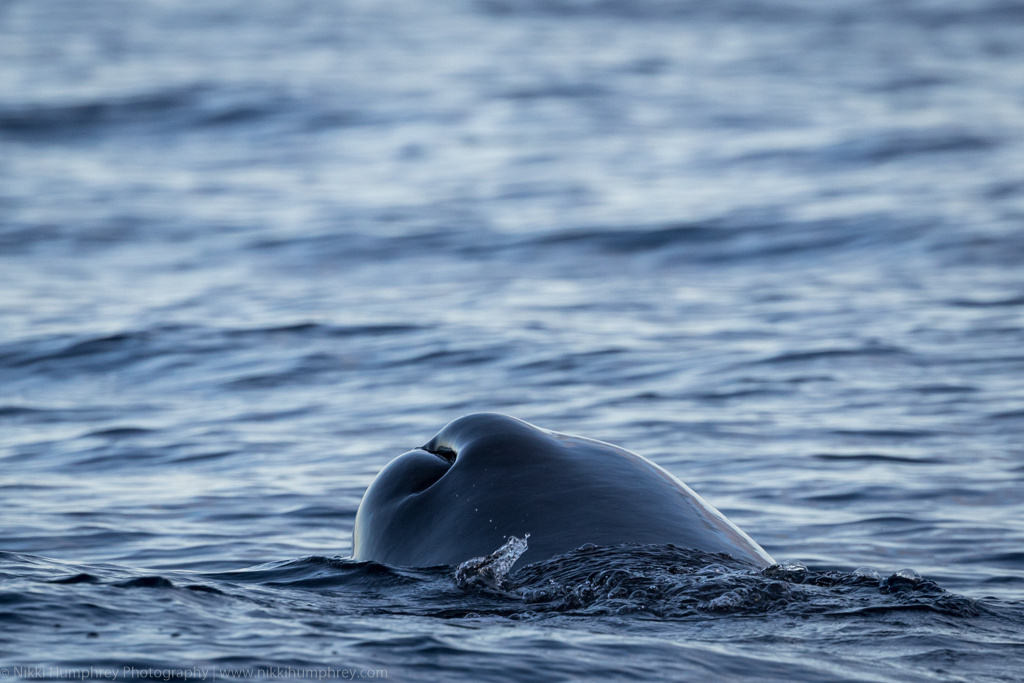 Their blow is very recognisable because they are the only whale who has the blow hole on the left side of the head so the blow is always low and left, they lie at the surface of the water for some time between dives, resting and breathing regularly to gather enough oxygen in their bloodstream to allow them to dive for a substantial length of time. They are the largest of the toothed whales and are probably the deepest diving of all whales (although there is still a lot not known about the beaked whales). They, like many whales, can be identified through their fluke shape, that's how it is known that the same females live in the Azores year round and year after year. I saw the same whale 3 different times, her name is Stefanie and she has an obvious pattern of notches in the tail fluke. 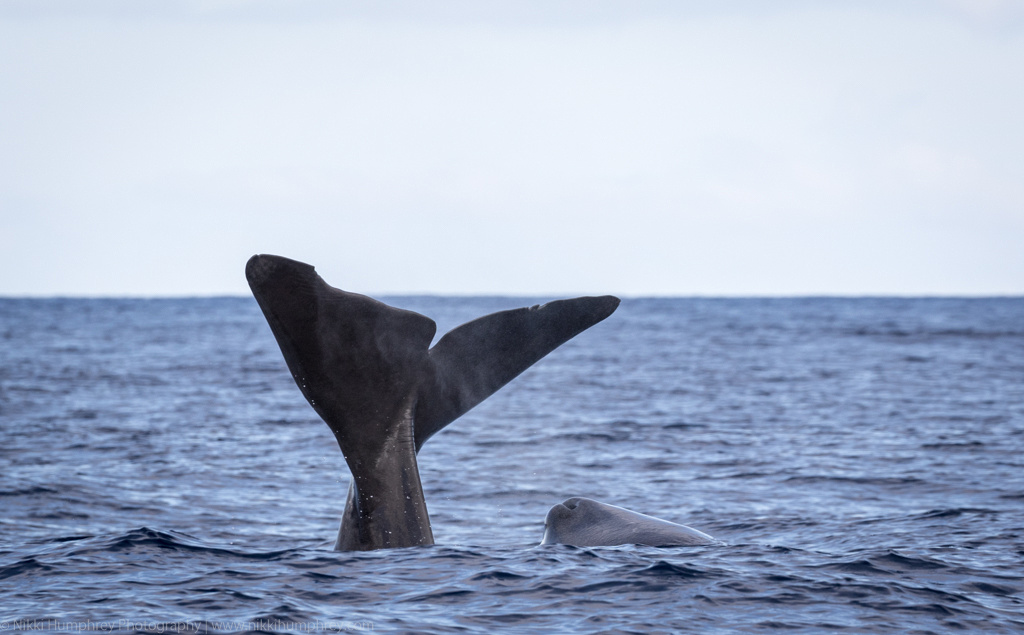 Stefanie and her calf.. see the double notch on the right side of her tail fluke.

My favourite fact I discovered on my trip this time was that the mother sperm whale's milk has a very high fat content (the babies have to get that blubber from somewhere) and that because of that and the fact it's difficult to drink liquids underwater, the milk has the consistency of cottage cheese! 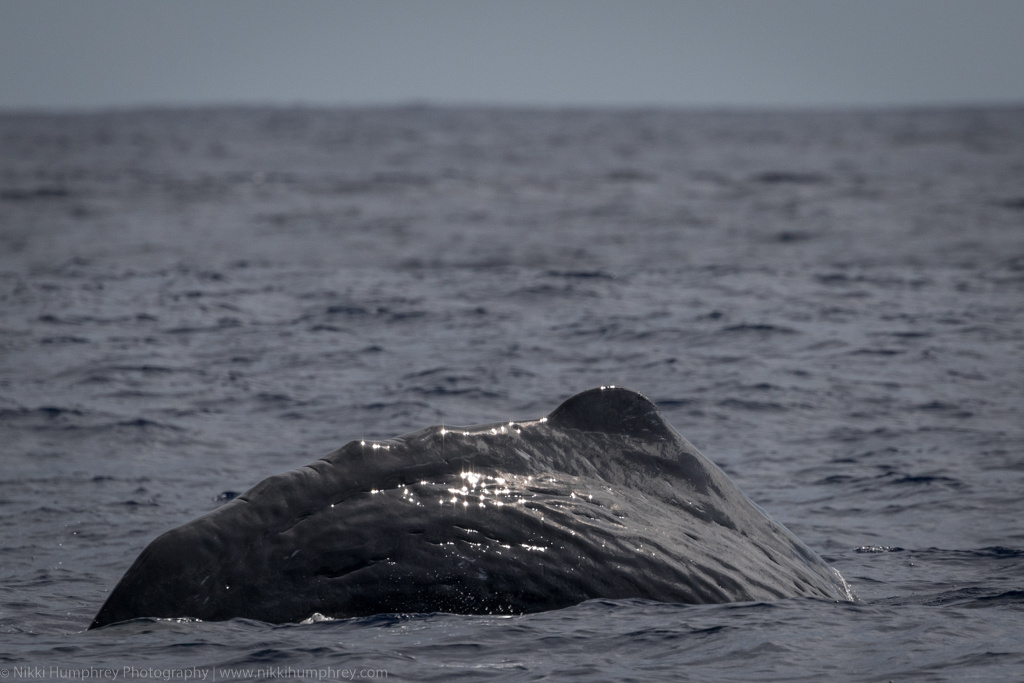 They have wrinkly skin (they've clearly been in the water too long!) and they make this very arched back shape before their fluke shows above the water which gives you time to get your camera up and ready to fire, it's a really excellent early warning sign for a photographer.

When they lie at the surface to breathe, you can often see their blowhold, back and short dorsal fin at water level as below. 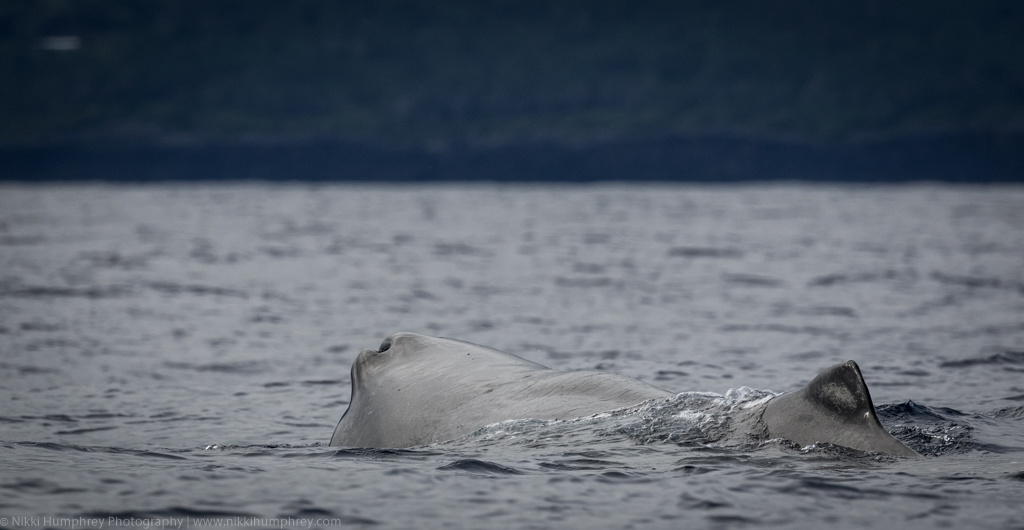 The resident whales in the Azores are the females and calves, the family groups, they work a lot like an elephant family, the females in a group being related; mothers, calves, sisters, aunts, cousins with the males leaving the group in their adolescence, where they sometimes live in 'bachelor' groups before sometimes moving on to be solitary mammals.

The females look after each other's calves when they go for a dive due to the length and depth of a dive, it takes the calves a few years to be able to hold their breath for long enough or to have the power to dive that far, and females can and will suckle calves that are not their own, meaning if a mother dies, the calf has a good chance of making it to adulthood thanks to the other females in the group. The males are a fair bit heavier, longer and more adventurous and they pass through whenever they feel like a bit of action, they will 'pop' by the Azores whenever they want to see if any of the females are ready to mate. 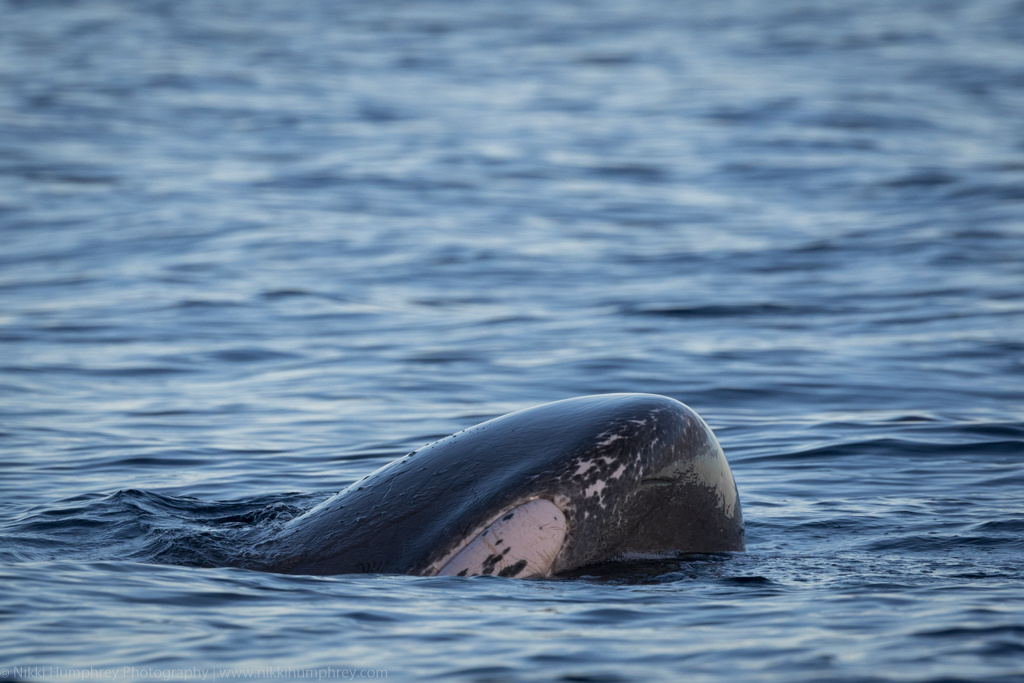 This is the mouth of the Whale, compared to the rest of them it seems small, they have the most unique shape of all the whales, having a very block shaped head filled with what is known as Spermaceti, the thick, waxy oil contained there, the substance they were hunted to collect for many years. Only in the last century has whaling of these whales died out as their commodity as a tourist attraction has outweighed their hunting usefulness. In the Azores for example, the Spermaceti oil and the blubber was used to make candles and lantern oil which was the only way to light the houses before electricity reached the islands. The Azorean whaling boat was a unique thing of beauty, cleverly created from the basis of a canoe to be almost silent in the water (to sneak up on the whales - sound carries in the water) to being a thing of pride for each village/area, even today with whaling no longer the main source of income, they have regattas and races to see who's boat is the best.

The rougher the weather, the more likely they are to breach, I was lucky enough to witness two sperm whales breaching on different days, one was the wettest, rainiest day I had there and that particular whale was clearly having some digestive issues, the third and last breach in a row resulted in some spectacular 'dung' spray. The last day I went out was fairly windy and the swell was quite strong, we were one of two boats travelling along the same lines that day, my friend Pedro was skipper of the other boat, we watched one of the whales fluke as it dived, the second seemed to just head to deeper water rather than an actual dive. I looked over and saw Pedro had his camera out and ready, and a tip he given me earlier in the week popped into my head. Sometimes when they are about to breach, they do a funny shallow dive to get enough space to propel them out of the water. I raised my camera and got ready… 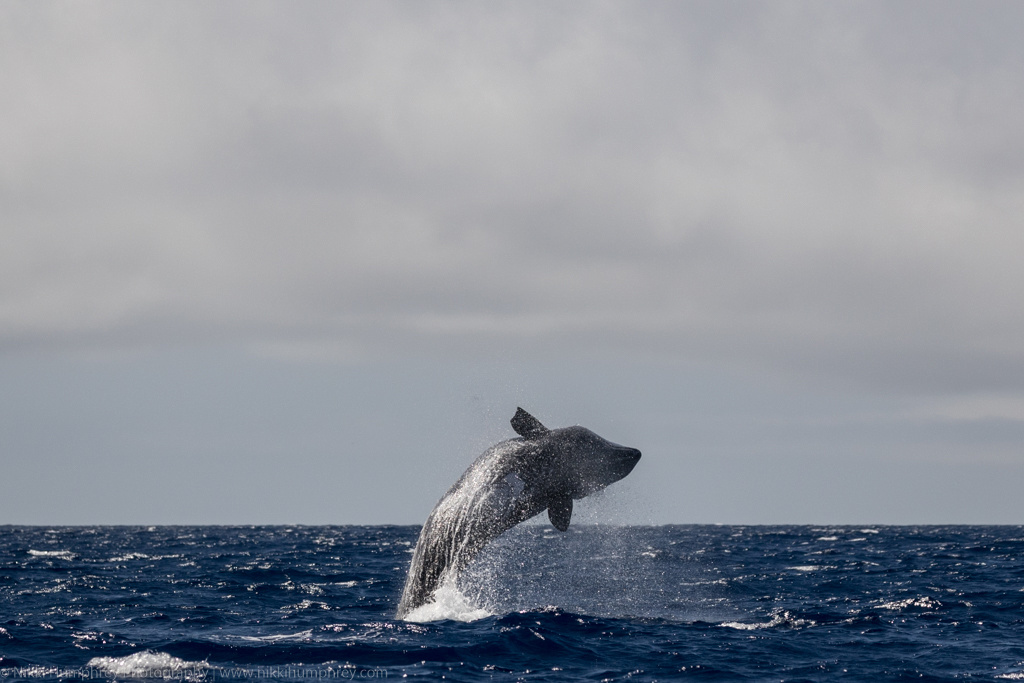